A few weekends ago I finally convinced some friends to go to the Cider Summit after two years of failed attempts! 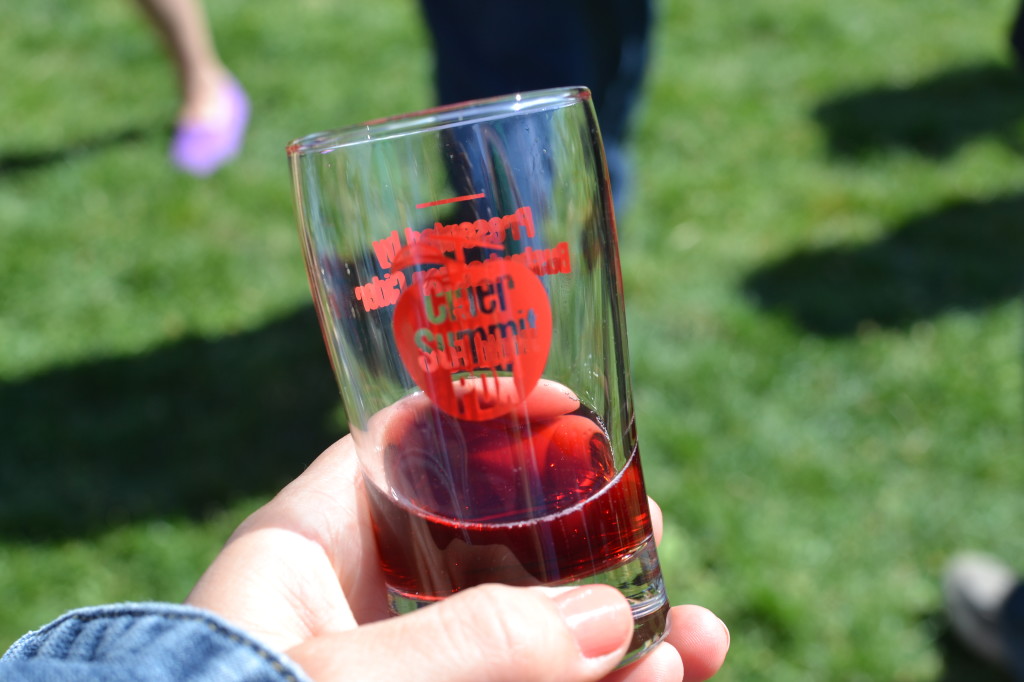 I have mentioned before how I’m for some reason just not a beer drinker. It’s horrible to be a non-beer loving Portlander, I know. So the whole “beer fest” season is not always my favorite because they never really have a lot of things I want to drink. Cider fest on the other hand? Definitely count me in. I suckered Brice and our friends Hannah and Brando into joining me this year – though I do think they had a good time, especially since it was a gorgeous day for hanging out in the park, sipping on drinks 🙂 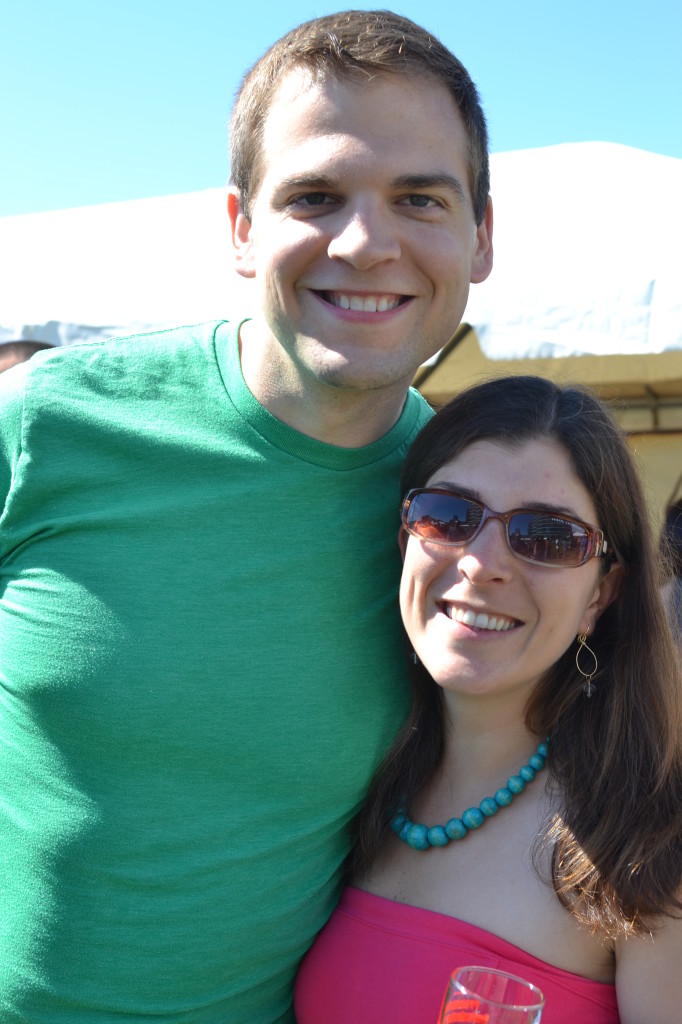 This year, the Cider Summit PDX was held at the Fields Park in the Pearl, conveniently across the street from our condo. With 38 cideries and over 140 various ciders, there was definitely a lot to try!

Admittedly, I didn’t even know there were so many cider makers!

The majority were local from Oregon or Washington, but there were also brands from England and even France. Clearly the world of cider is gaining a lot of popularity and more and more varieties are being created, which I’m definitely loving. A lot of people think cider is just a really sweet spiked apple juice. But like beer, there are numerous different kinds of ciders now. Dry, sweet, spicy, berry-infused, you name it, there probably is one out there now. 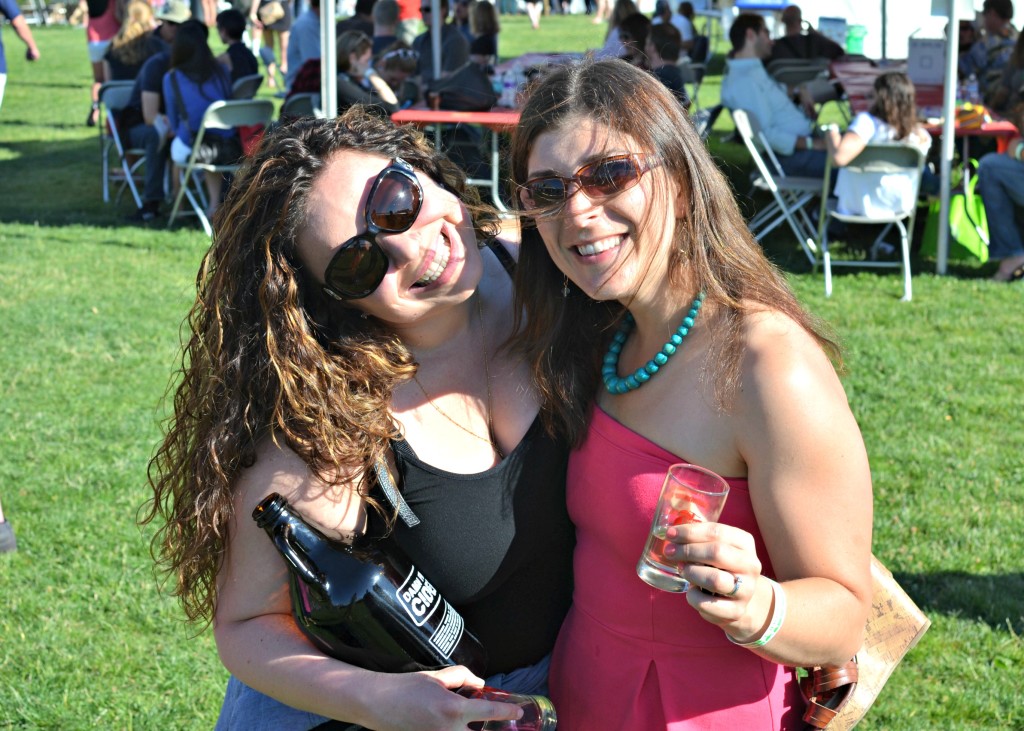 We got to sample a lot of different kinds and like total nerds, Brice and I tried taking notes so we could remember what we thought of all of them. Unsurprisingly, the longer we stayed, the less diligent we were about our note taking. But here were a few of the ones I remember really liking. 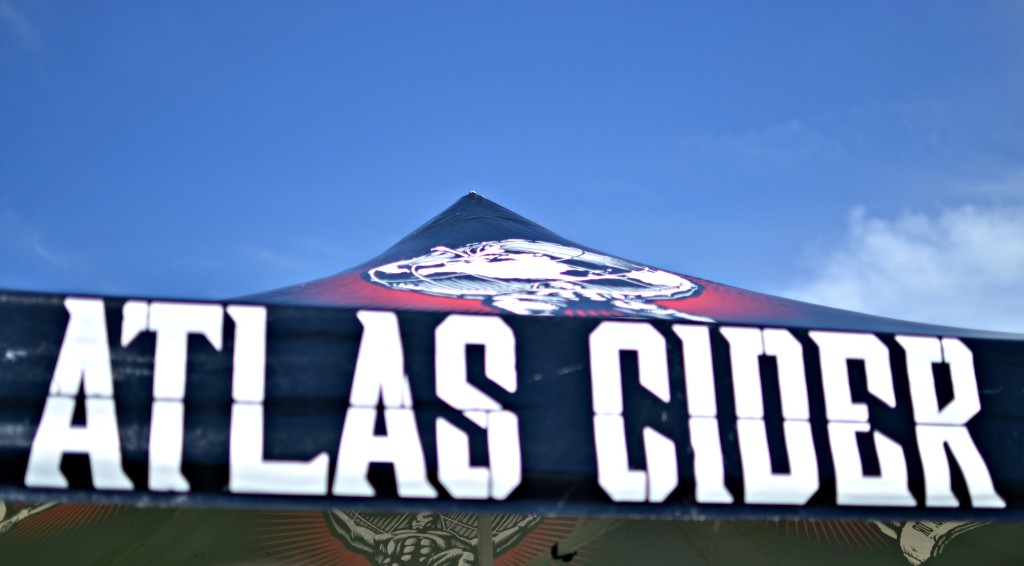 Atlas Cider Co – Bend, Or. They were one of the few booths that had a nonstop line the whole afternoon. And for good reason. I first came across this hard cider company when I went to Bend for Memorial Day weekend. One of our friends picked up a growler of their Blackberry-Elderberry cider and I was totally hooked. I also tried their Apricot cider which was delicious.

2 Towns Ciderhouse – Corvallis, Or. I loved their Made Marion cider which mixes Oregon-grown marionberries in with the fresh-pressed NW apples to give it a little sweeter taste and a beautiful vibrant ruby color. 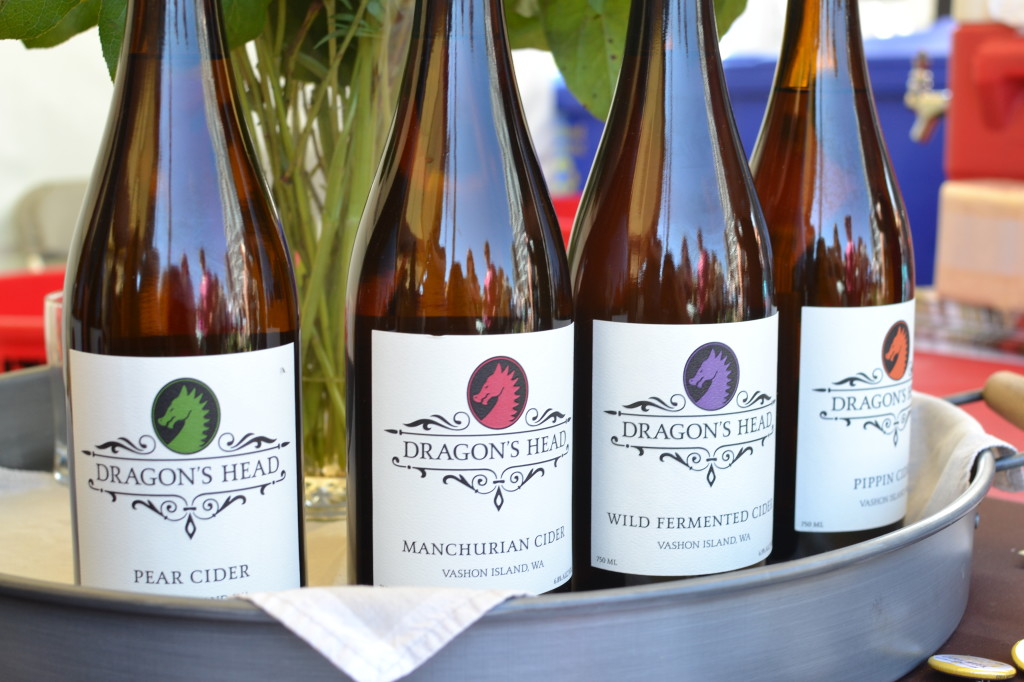 Dragon’s Head Cider – Vashon, Wa. I loved both their Manchurian Cider and Pear Cider. The Manchurian is a more classic cider made with Manchurian Crabapples which give it a nice tart flavor. Their Pear Cider is made with a blend of apples and seedling pears from Vashon Island, which is just outside of Seattle I learned. Both of them were crisp, refreshing and not overly sweet. 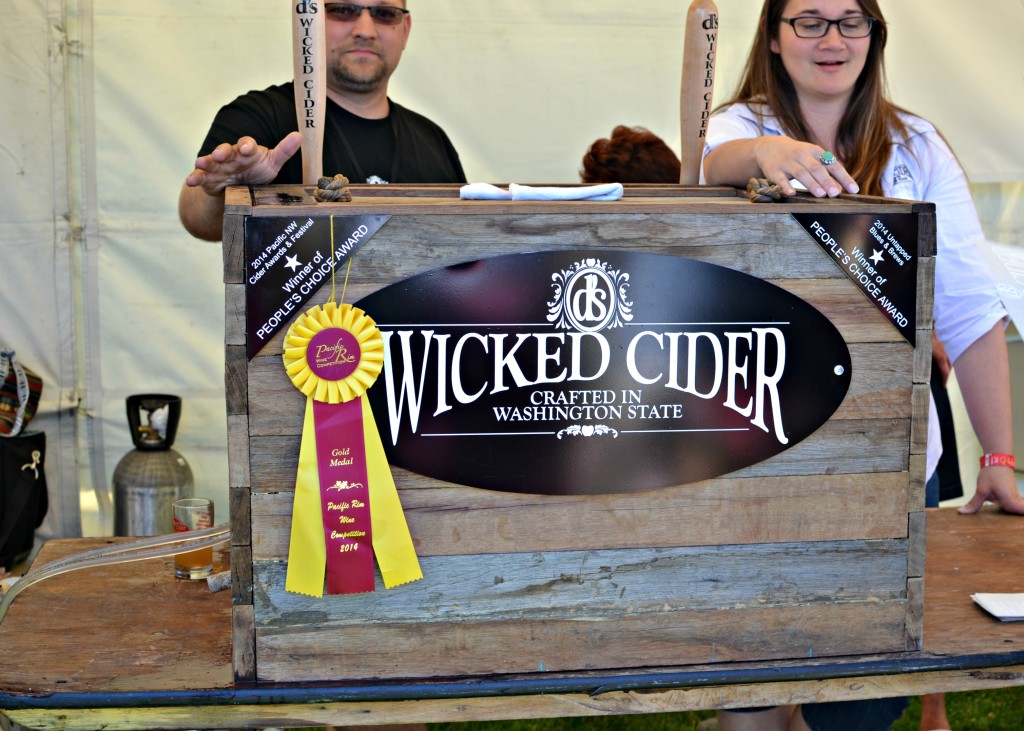 d’s Wicked Cider – Kennewick, Wa. Hannah was sold on this one once she spotted their sign that exclaimed “Award Winner” and even had a ribbon to prove it. The rest of us were a little more difficult to please, thinking that anyone could get win some award. I mean, PBR has won a blue ribbon after all. Hannah, completely ignoring us, went and picked up a glass of their namesake cider and let us naysayers try a sip. We all admitted defeat and told her she won. That was one incredible cider. Spiced with cinnamon and allspice, it reminded me of the fall harvest cider you’d usually enjoy warm, or as d’s describes it, it is just like “Grandma’s Apple Pie without the crust.” 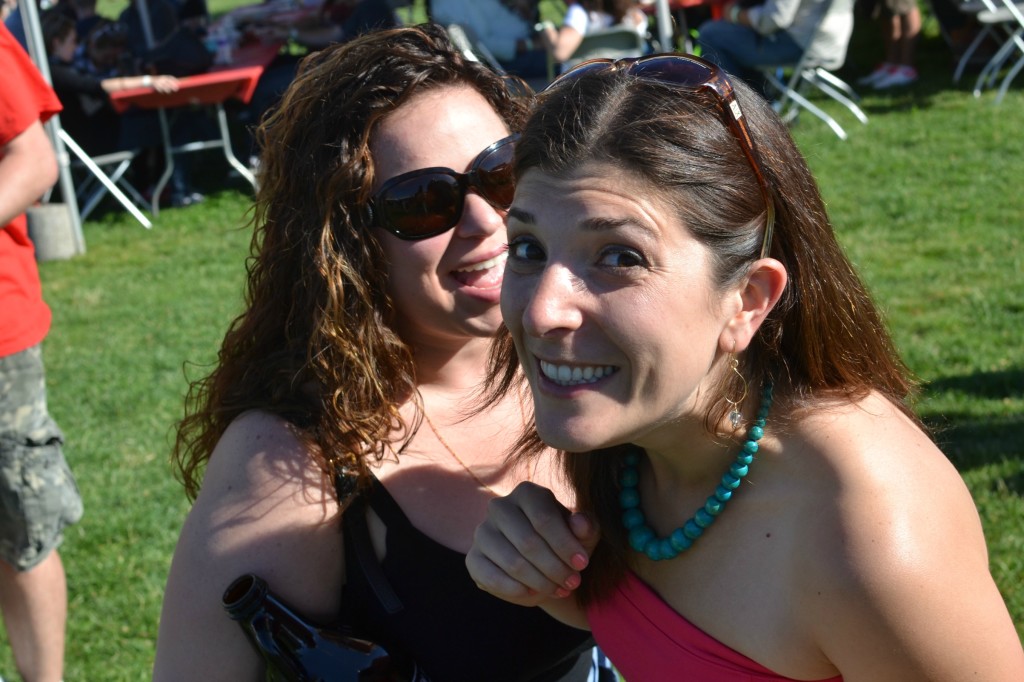 There were also some unusual ones that I wasn’t really a big fan. One of those was Sonoma Cider’s Anvil Bourbon Flavor, which was really smoky and definitely had a strong whiskey flavor. For whiskey lovers, that is great. For me, not so much. The other one, which Brice in particular really disliked, was the Meyer Lemon Cider from Cider Riot! It one had so much of the bitter and pithy flavor that it was really overwhelming. 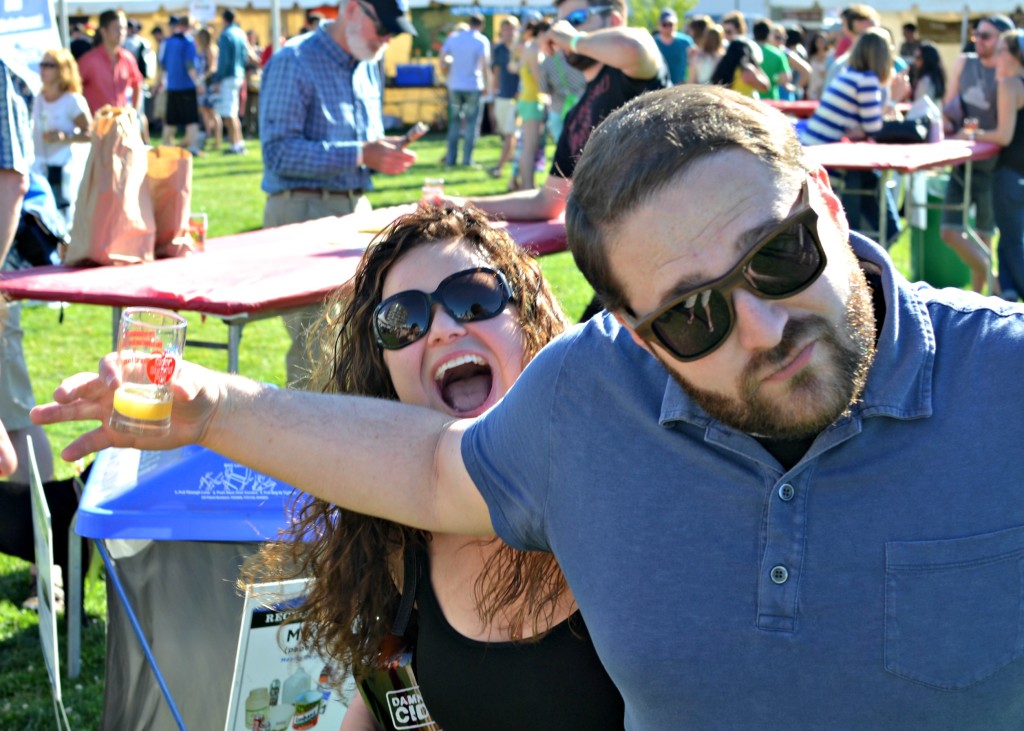 But that was the fun thing about trying so many.

Didn’t get to make it to the Cider Summit but want to try a bunch yourself? My personal favorite spot is Bushwhacker, a cider-only bar in SE Portland which offers a huge selection both on draft and in bottles. I have also heard that the new Saint Honore on Division has a wonderful amount of ciders on draft.