Saturday night started out as a super nice, normal evening – enjoying the beautiful weather with a BBQ, hanging out with friends and grabbing some dessert at Pix.

Then it turned into a weird adventure around town, complete with a 90-minute driving and doughnut detour to get us about 4 miles and seeing thousands upon thousands of naked people riding bikes. This is Portland, after all, home of the weird, so I guess I shouldn’t be that surprised. 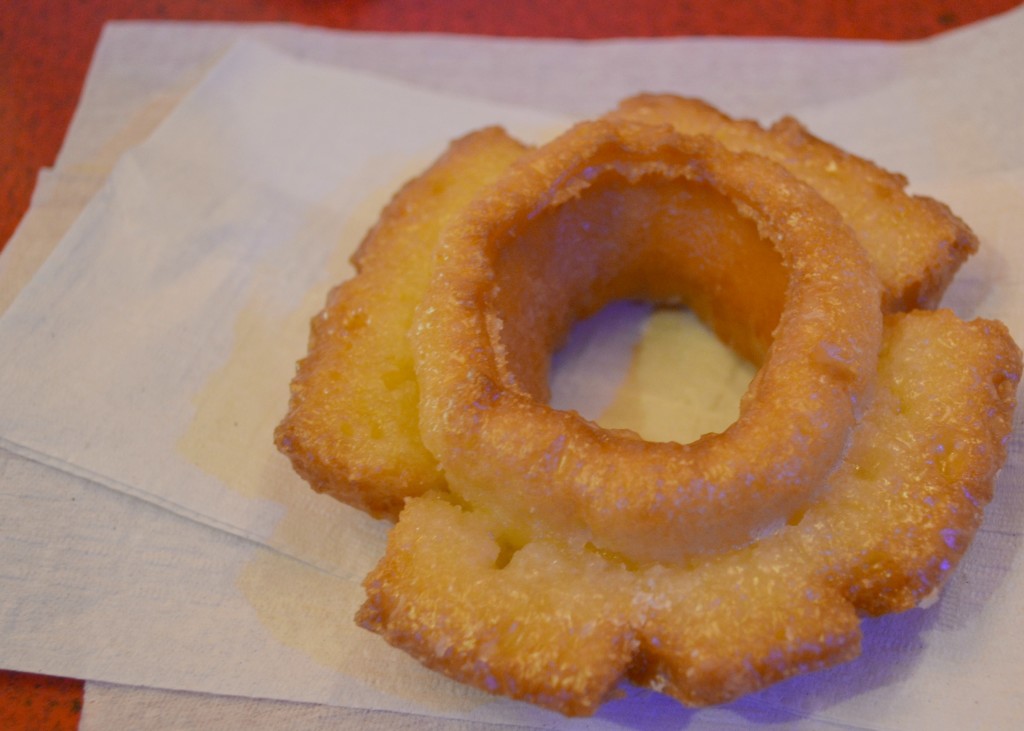 Have you heard of Portland’s annual the Naked Bike Ride? It is a crazy event where about 8,000 people undress, hop on a bike and cycle around the city for about an hour. I’m still not quite clear on the point of the nakedness of this ride but according to their website, it’s to “promote cycling not only as a viable mode of transportation.” And it’s now a fundraiser for the Portland Art Museum.

And people still ask if Portlandia is an exaggeration? (Definitely watch the Bike Rider skit if you haven’t yet, it’s spot on.) 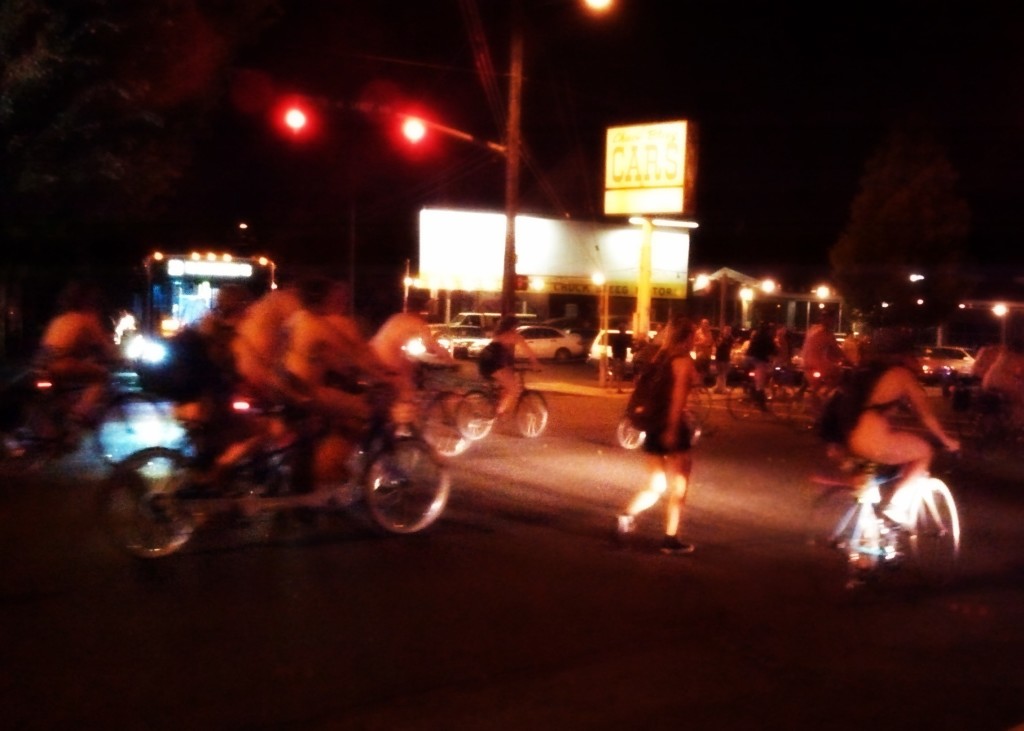 To “prevent gawkers” there was no published route, which zigzagged all over West Burnside, East Burnside, Wiedler, Sullivan’s Gulch, Laurelhurst and elsewhere. So I guess it was no surprise that we were bound to get trapped as we left Pix Patisserie on the East Side.

As we attempted to drive down East Burnside towards downtown, we got stuck by a never-ending stream of naked cyclists- and yes, we saw a lot of nakedness, more so than was necessary I’d say. We drove back and forth, numerous different routes and kept getting nowhere.

Eventually we just gave up and decided we should just embrace the craziness of the night. As we were just a few blocks from VooDoo, what better thing to do than get Portland-weird doughnuts? 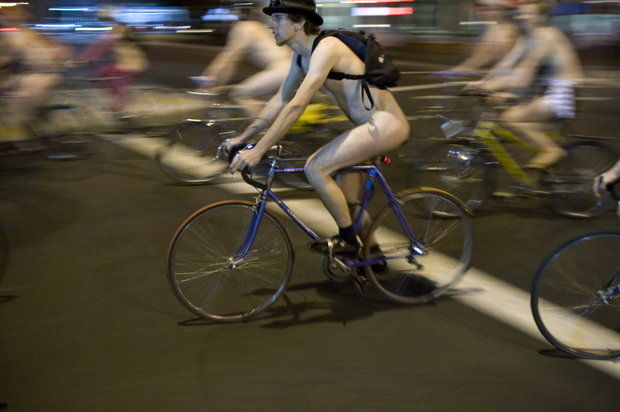 “Naked people love doughnuts too!” a VERY naked couple exclaimed as they walked into VooDoo Doughnuts.

We decided to wipe down the booth before sitting down… just in case.

As we ate our doughnuts and watched the bikers going by, we brainstormed answers to questions like “doesn’t that hurt?” and “do you think that guy who is clothed is being shunned by the rest of the cyclists?” Not to let the night go to waste, we even worked on our pinball skills.

Don’t be too jealous. It’s just your average night in Portland.