Brice and I finished out 2013, aka the year of food extravaganzas, with a dinner at Holdfast Dining. And let me just say, that was probably the best way to end a year of good food. Truly, one of the best dinners I’ve ever had. Creative menu, beautiful presentation, fun atmosphere, personable chefs, and of course delicious food. 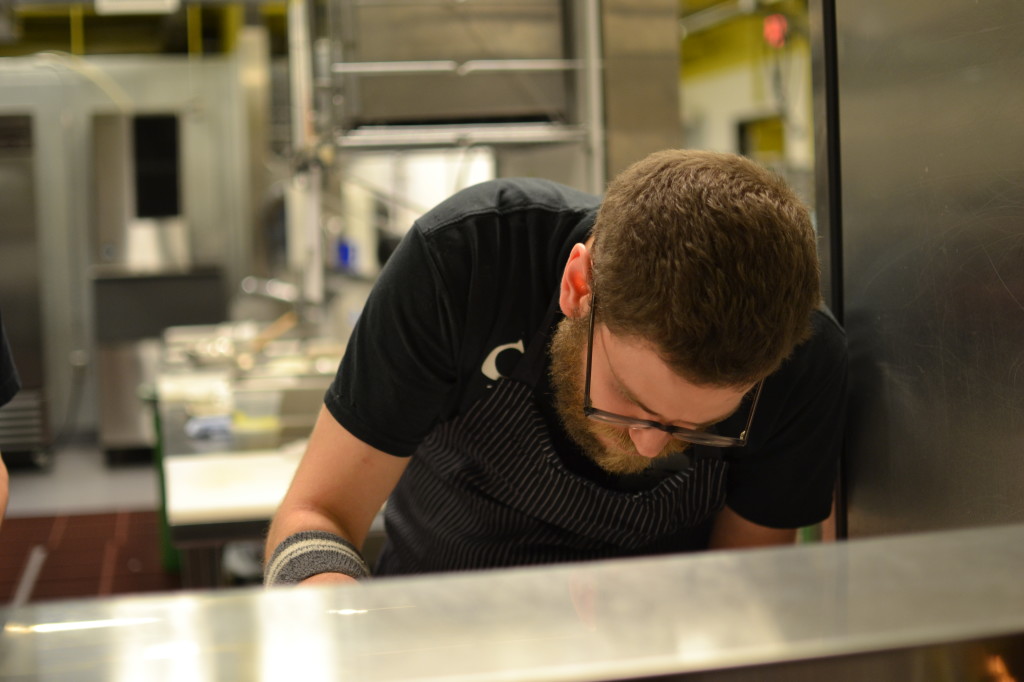 If you haven’t heard of Holdfast yet, it is a new pop-up dinner started by Chef Will Preisch, who has an impressive resume including Le Pigeon, Park Kitchen and the Bent Brick. The dinners are held every Thursday, Friday and Saturday nights at KitchenCru, the culinary incubator in the Pearl District. 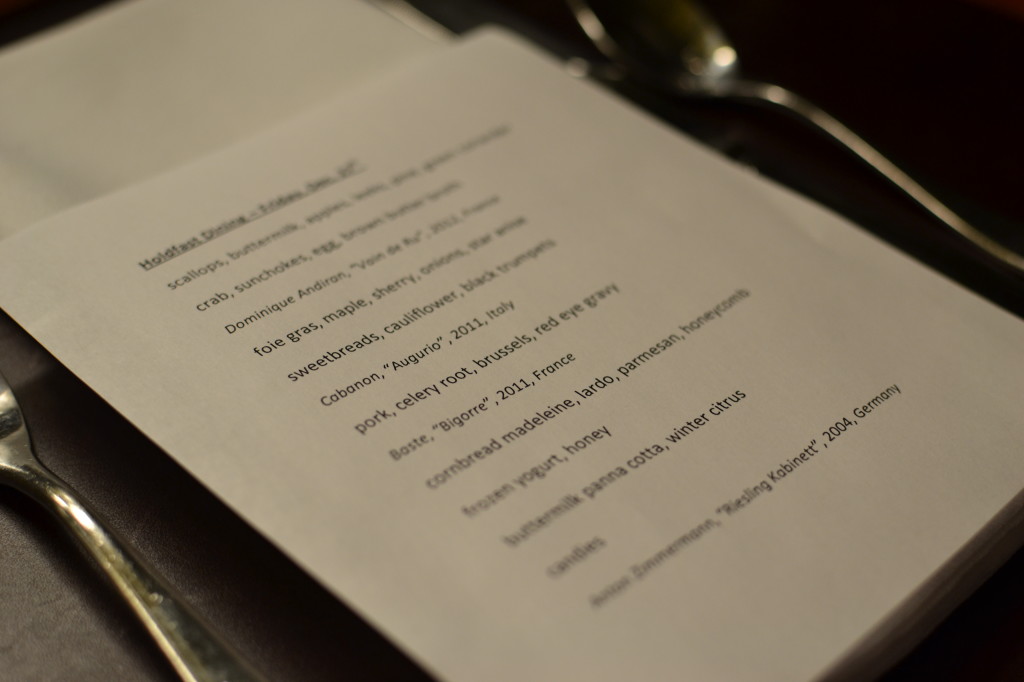 Having the dinners at KitchenCru is an unusual dining experience, but one that is super fun – set inside a small professional kitchen with one chef’s counter for about 12 guests, you can watch other members work on their craft while enjoying your own meal.

The night we were there, we watched Pinkleton’s Curious Caramel Corn popping lots of popcorn in old-fashioned machines, Bowery Bagels prepping for the next day, and Remedy Wine Bar whipping up appetizers for their space across the street. 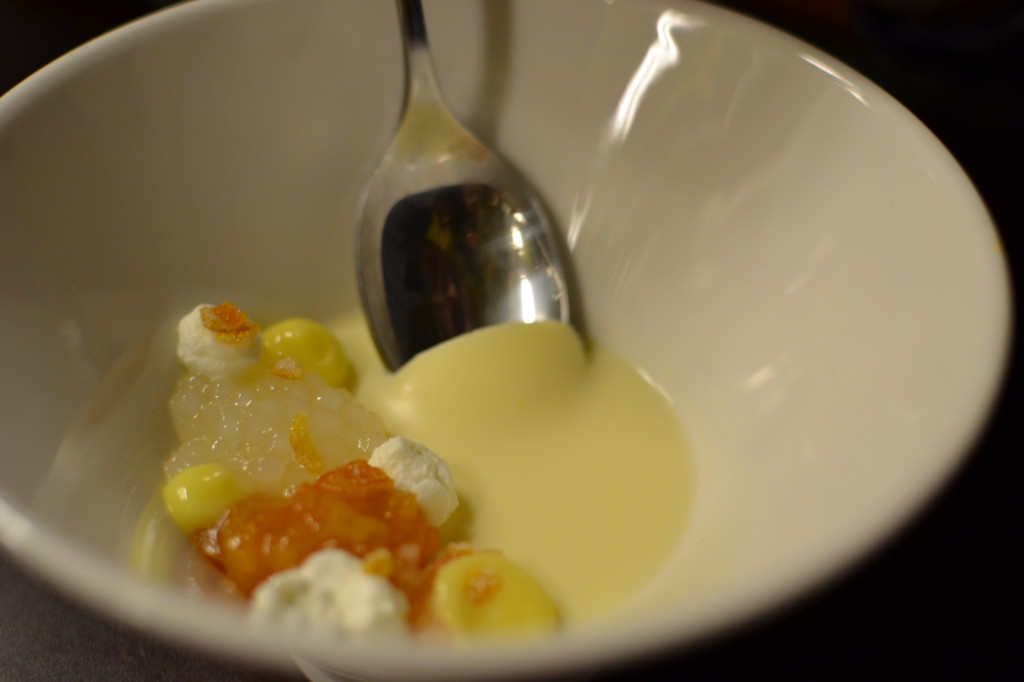 And obviously also you get to watch Will and his sous chef who’s also named Will plate the courses with finesse. 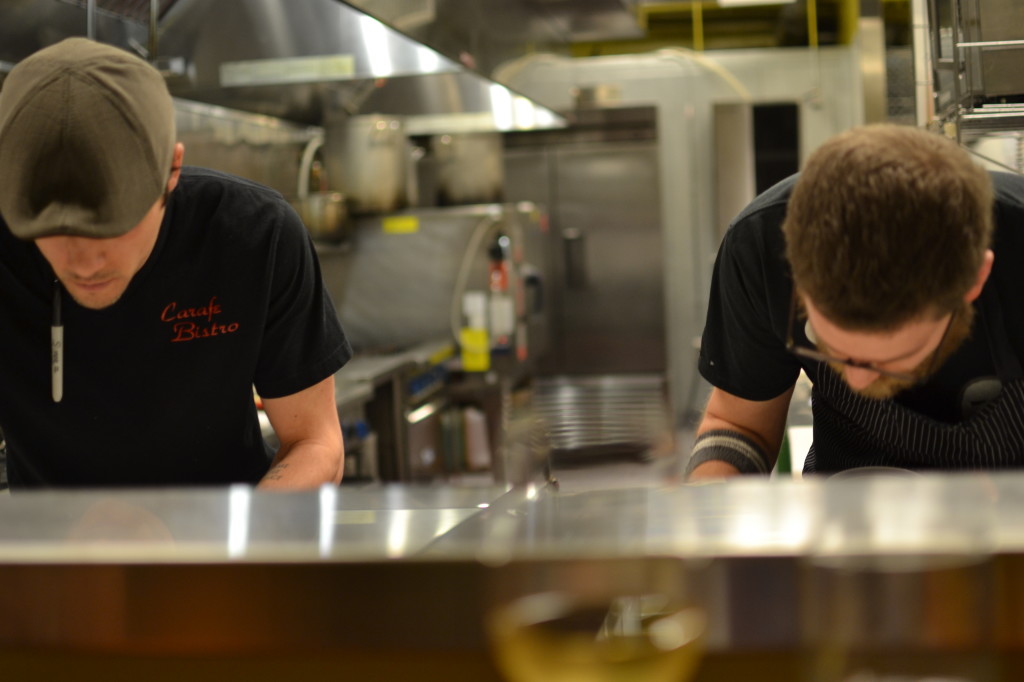 With nine courses, there were plenty of opportunities to impress and the Wills did not disappoint. Yes, you did read that right, there were NINE courses. Sure, they were small but that is pretty incredible.

To make things even better, four of the courses were dessert courses. That clearly was a quick way to win my heart.

Will’s food is clever, modern, and strikingly beautiful. He twists traditional flavors and ingredients to create new textures and flavor profiles. When he describes the dishes, you can tell he has fun when thinking up and mastering these elaborate course dinners, which makes the whole meal that much more approachable. 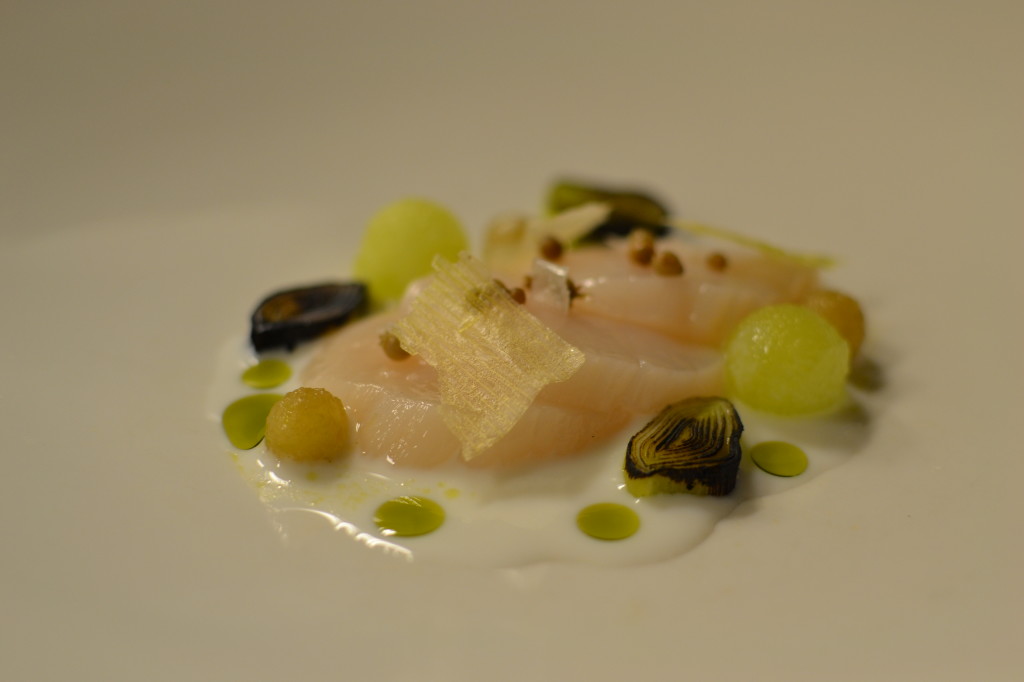 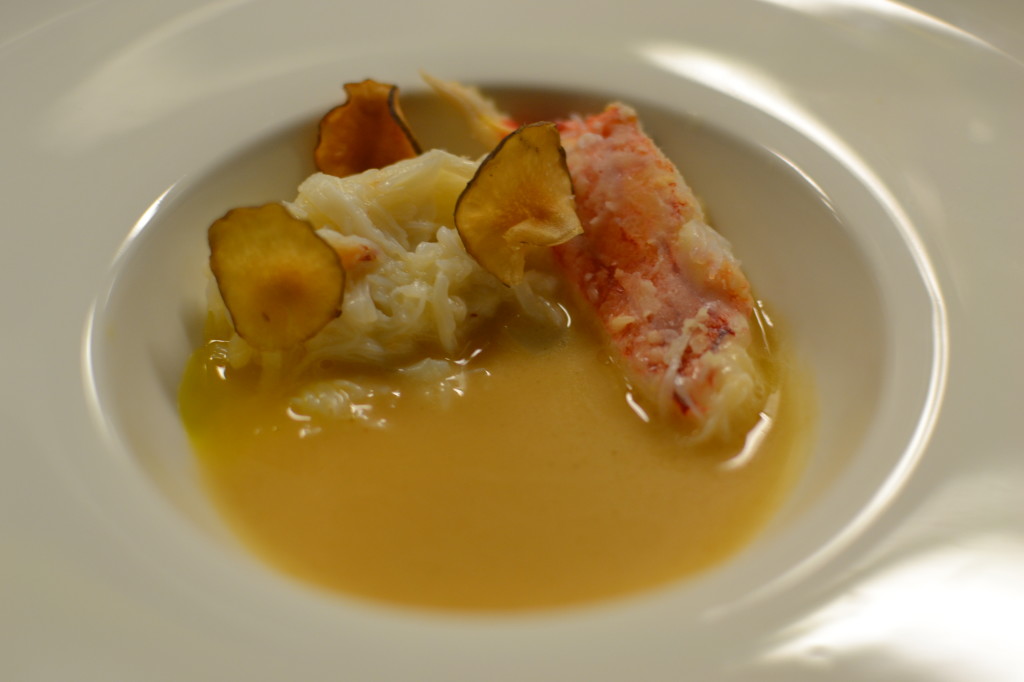 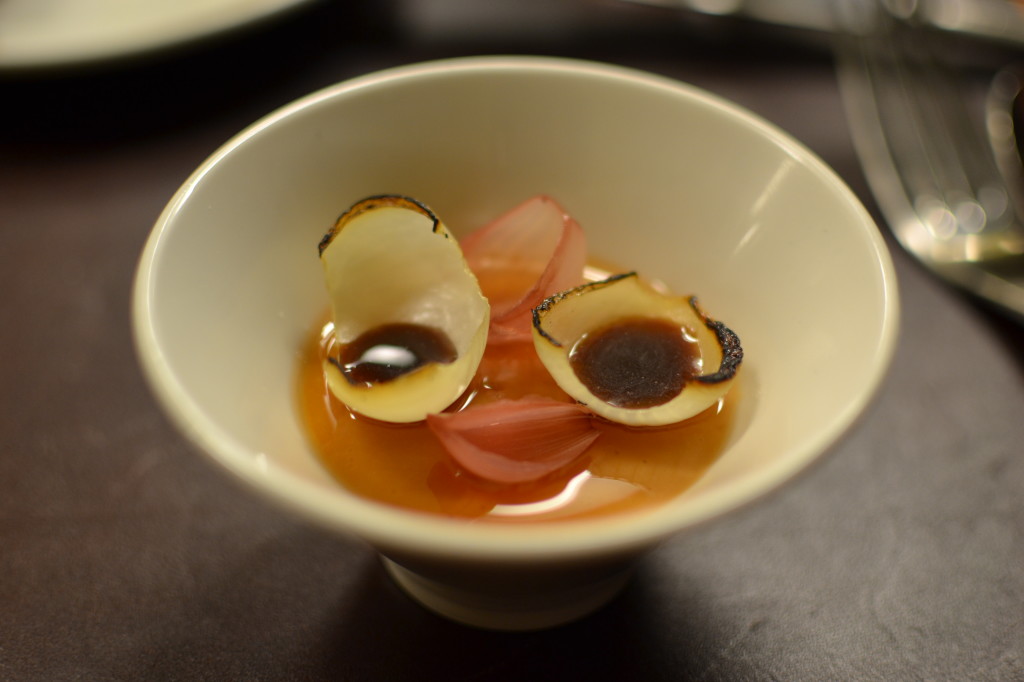 This was Brice’s favorite by far. I thought it was good, but a bit too rich for more than a bite or two. 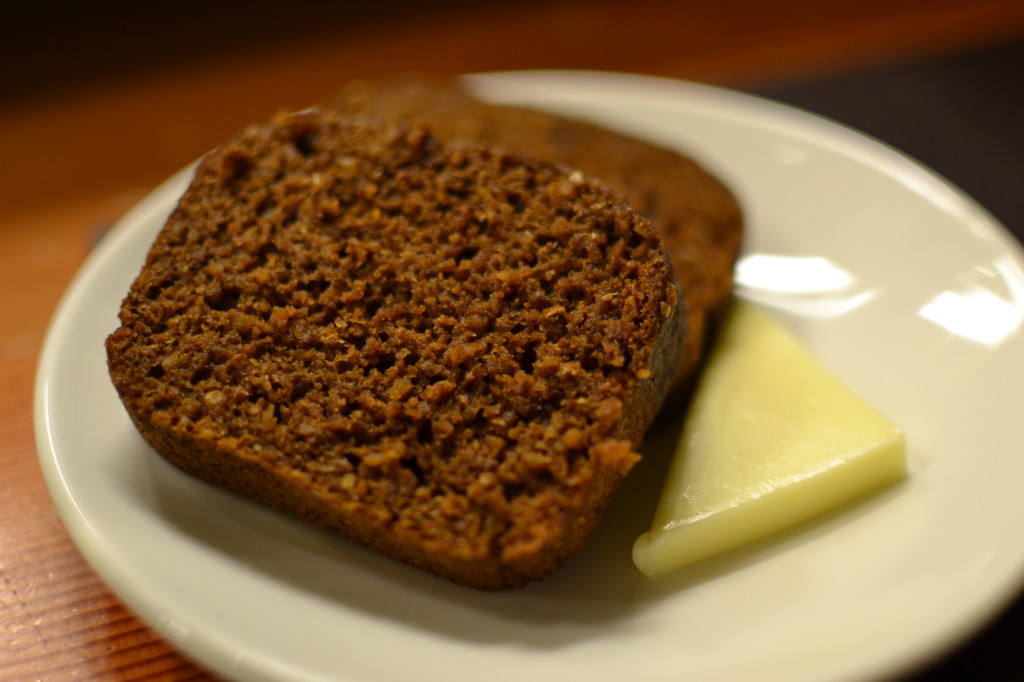 This unique bread was a surprise addition to the 3rd course, and possibly my favorite thing all night. It was moist, flavorful and rich from the molasses and rye flour. Interestingly, the bread doesn’t have yeast and it isn’t baked, but rather it is steamed. Will adapted his recipe from the Fannie Farmer Cookbook. (I found a similar recipe from Simply Recipes that I would love to try sometime.) 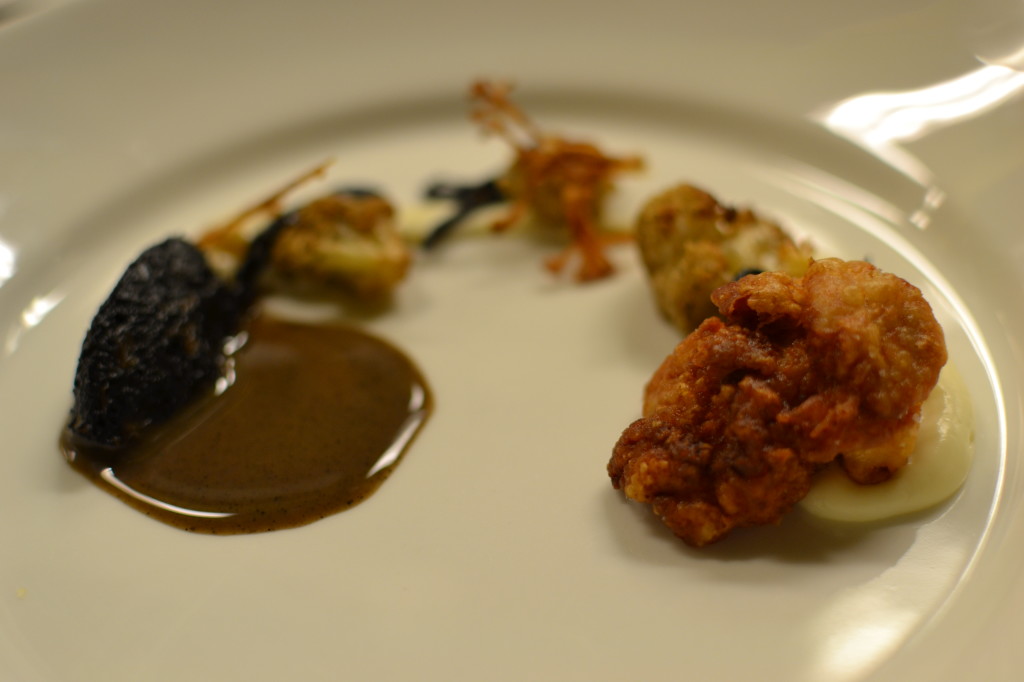 I was surprised how much I loved this dish. I hadn’t ever really had sweetbreads that I have liked, but these were really flavorful, had a beautiful texture and the black trumpet mushrooms on the side were fantastic. 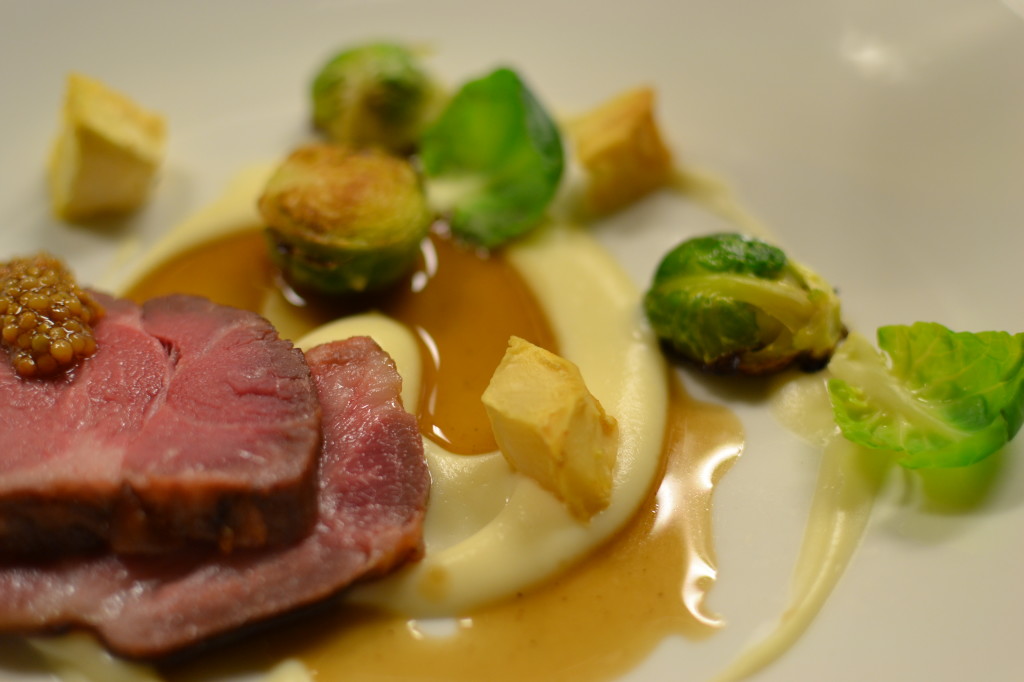 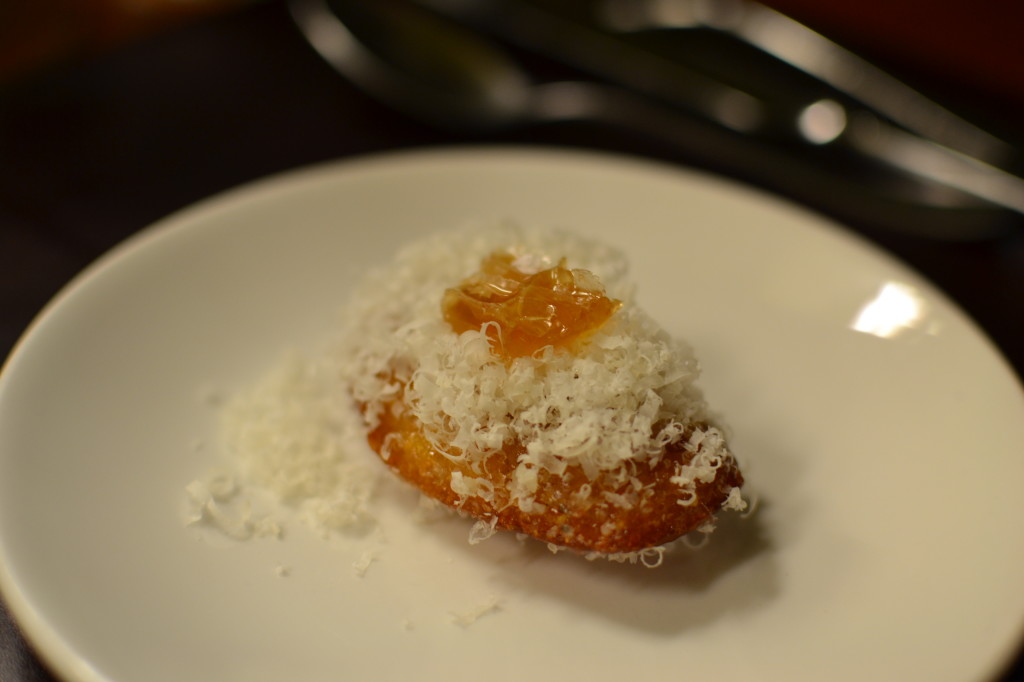 This was a honey three ways – frozen, powdered and raw. The variations of flavors, textures and temperature was fun and unlike anything I have had before. 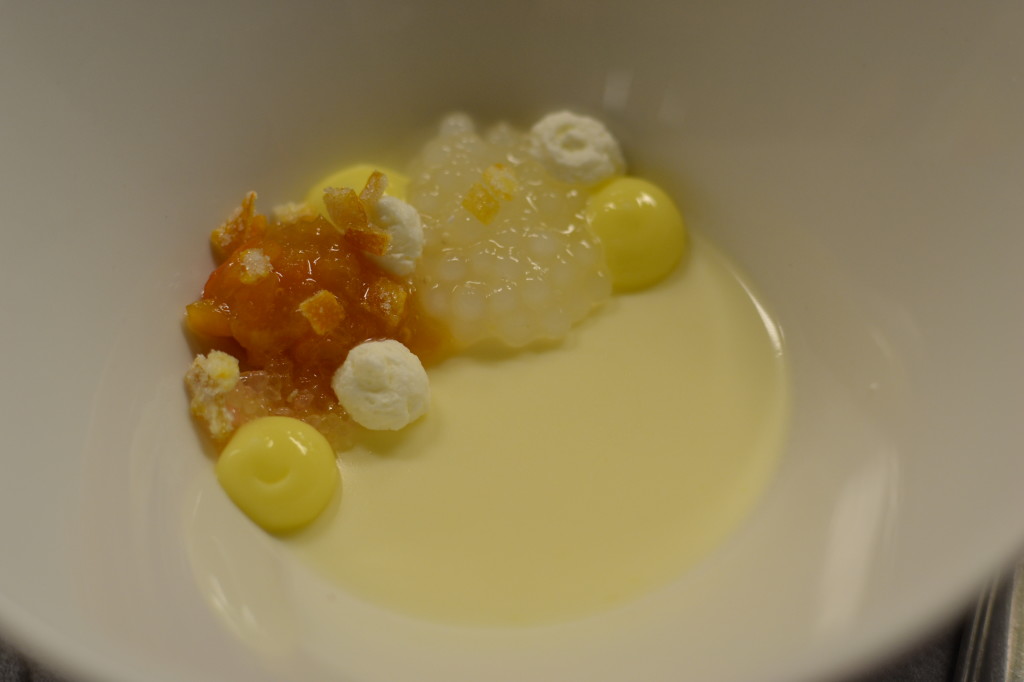 This was the other contender for best dish of the night. As Will’s take on an Orange Creamsicle, it was really smooth and creamy panna cotta, served with citrus in different forms: marmalade, curd, and finger limes which have a fun Pop Rocks-like quality to them. (If you haven’t tried finger limes yet, check them out!) 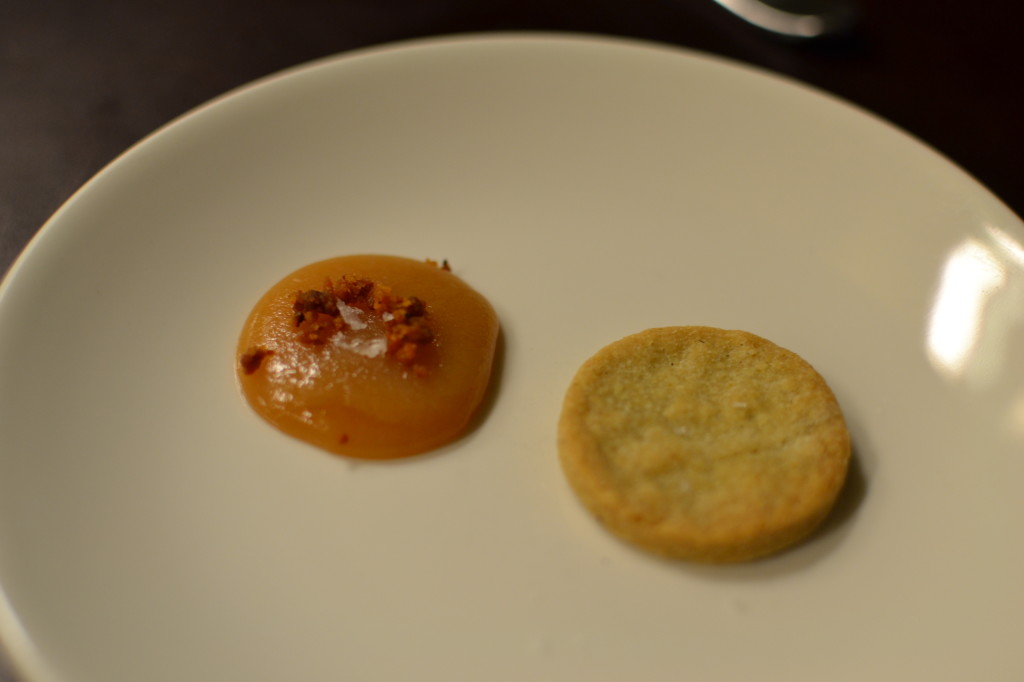 Two perfect little bites to finish off our meal – a soft caramel with sea salt and a shortbread cookie.

So now that you’ve read all about my meal at Holdfast, you hopefully are dying to go as soon as possible. In order to do that, check out their website for availability. Though be forewarned that the secret about Holdfast is out, so dinners sell out quickly. So an even better idea: sign up for their email newsletter which will notify you when the next batch of dates open up. Be sure to read your email and buy your tickets promptly! 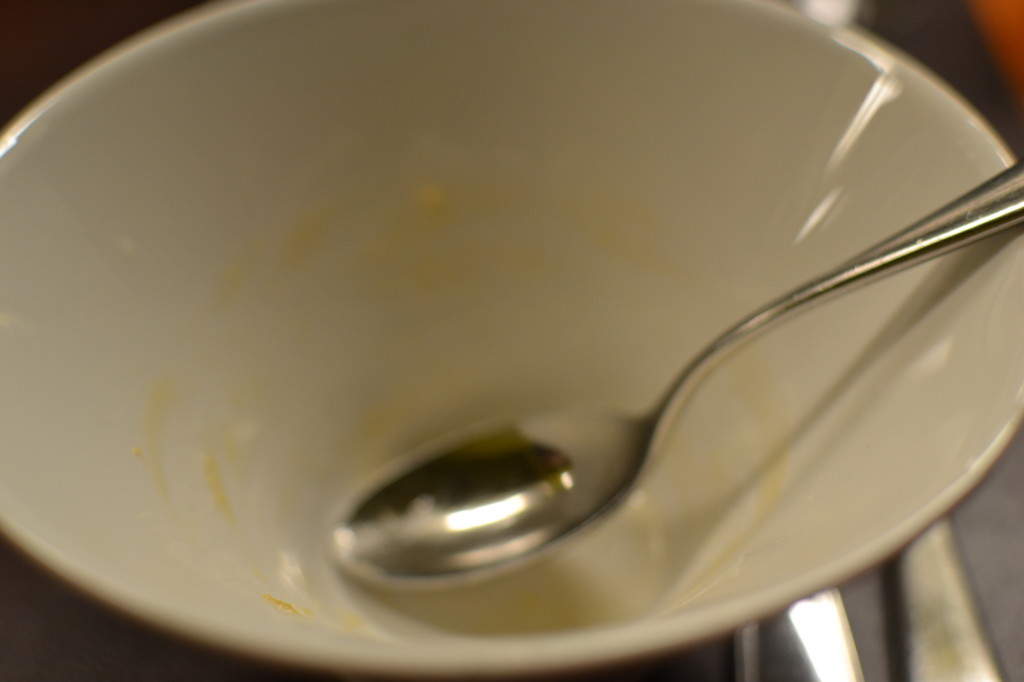