Ok, I have to brag a little – we did the trial-run turkey I was talking about and it actually turned out FANTASTIC!

For some reason I was really nervous about it. But it actually wasn’t that hard! I don’t really know why I was so freaked out about it. Though we did have some learning points, which is good. That was the whole point of this exercise.

We were even extremely unprepared – Brice picked up the turkey after work on a Friday at 7pm. Yes, we decided to roast a turkey at 7pm on a Friday. We are weird. 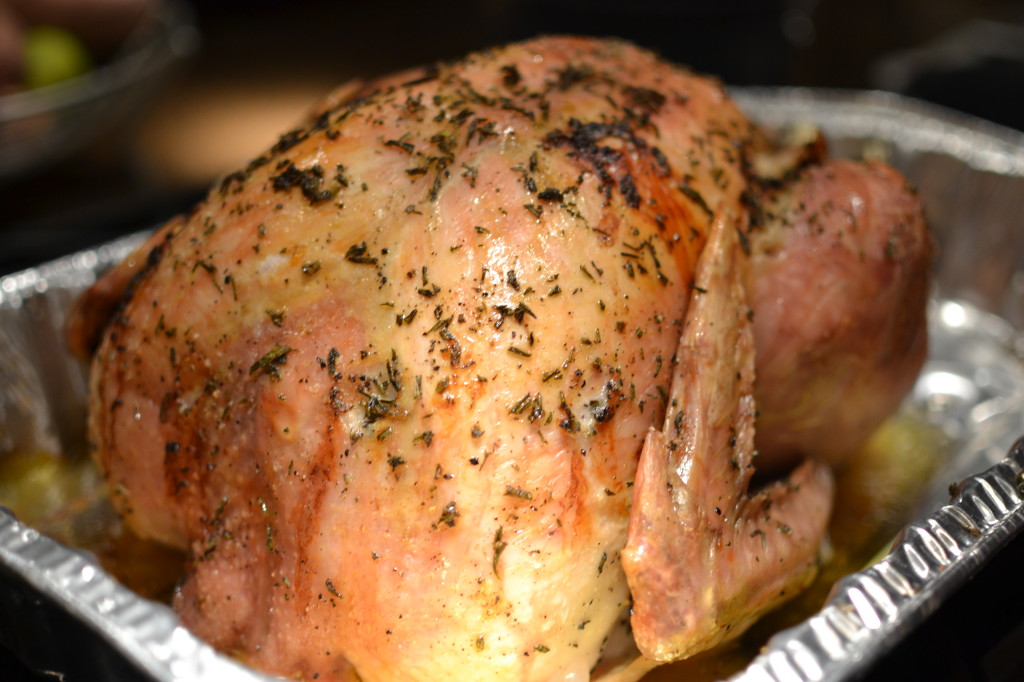 So it was sold as a “fresh” turkey, which I would assume means that it was not frozen, right? Wrong, apparently. The turkey definitely still had some ice hanging out in the inside of the bird. So we quickly started running cool water through the turkey to get it fully defrosted. 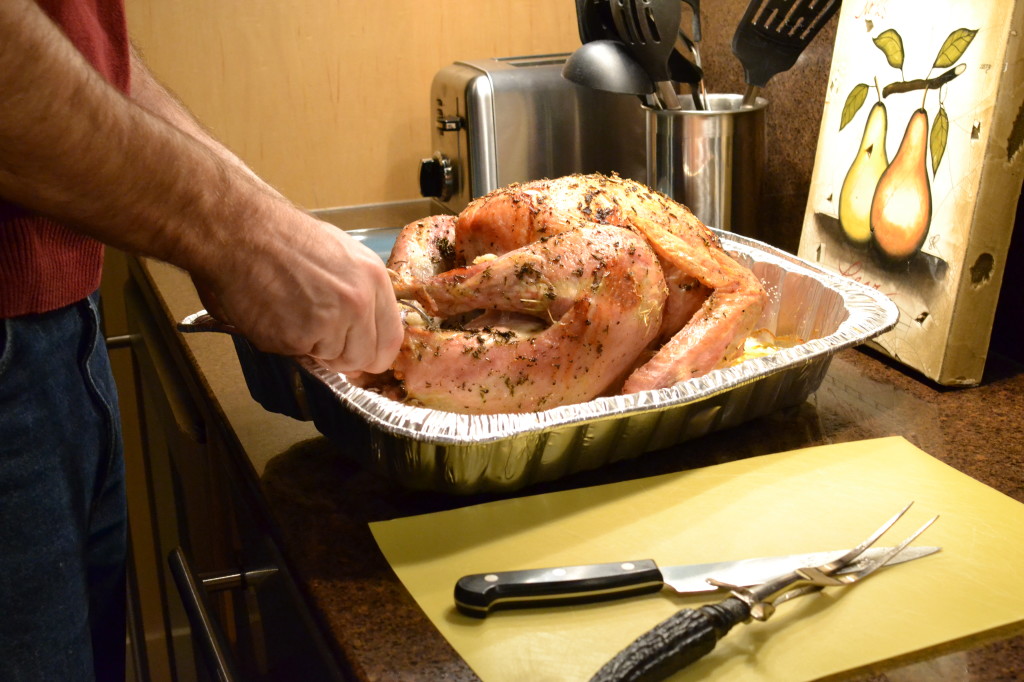 Next up, we started cleaning the turkey. That part totally grosses me out. Fortunately Brice was there to help out.

Lesson #2) Look under the neck flap for the bag of giblets (even that sentence grosses me out). We learned this the hard way, after not finding it, roasting the turkey and then it appearing while carving…whoops.

As for the seasoning, we didn’t really have any ingredients to brine the turkey since the work week was just too crazy, or obviously much time to let the brine sit. So instead I just chopped up some rosemary and sage that we have on our balcony. We added some salt, pepper, olive oil and tossed some chopped butter under the skin. Not having anything to close up the turkey, we placed an apple in there and hoped for the best. 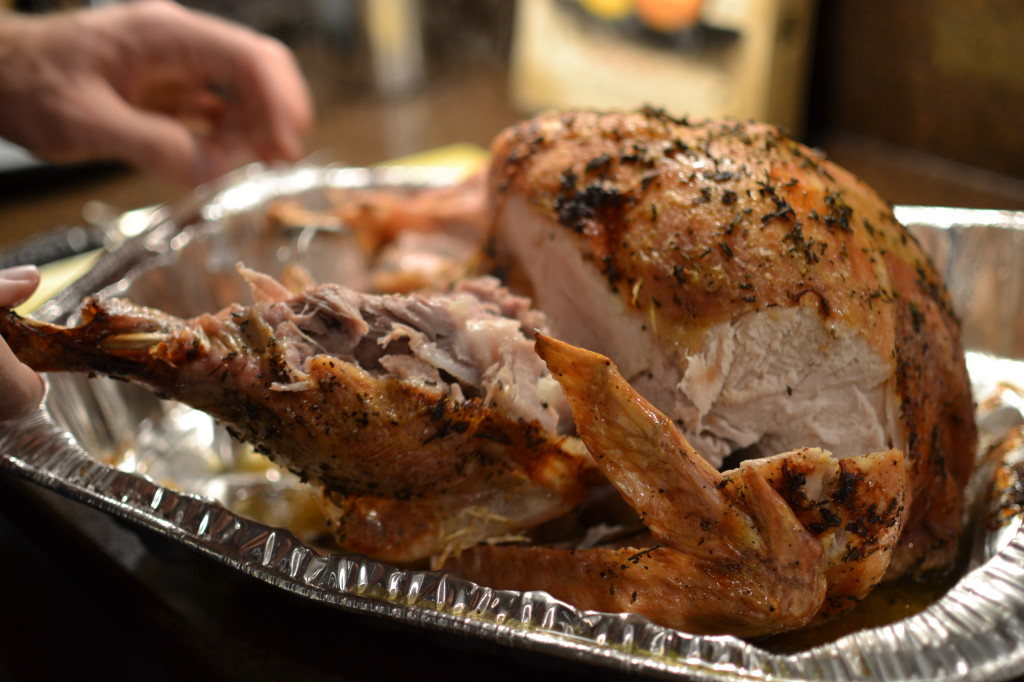 Lesson #3) Make sure your thermometer works.

After about 2.5 hours, we decided to check on it. The meat thermometer showed 200 degrees in multiple areas of the turkey! That is well overdone (it should be about 165-175), so we quickly took the turkey out and cut a piece just to check. Yeah, definitely still raw.

So we popped the turkey back in the oven for about another hour and hoped for the best the next time around. 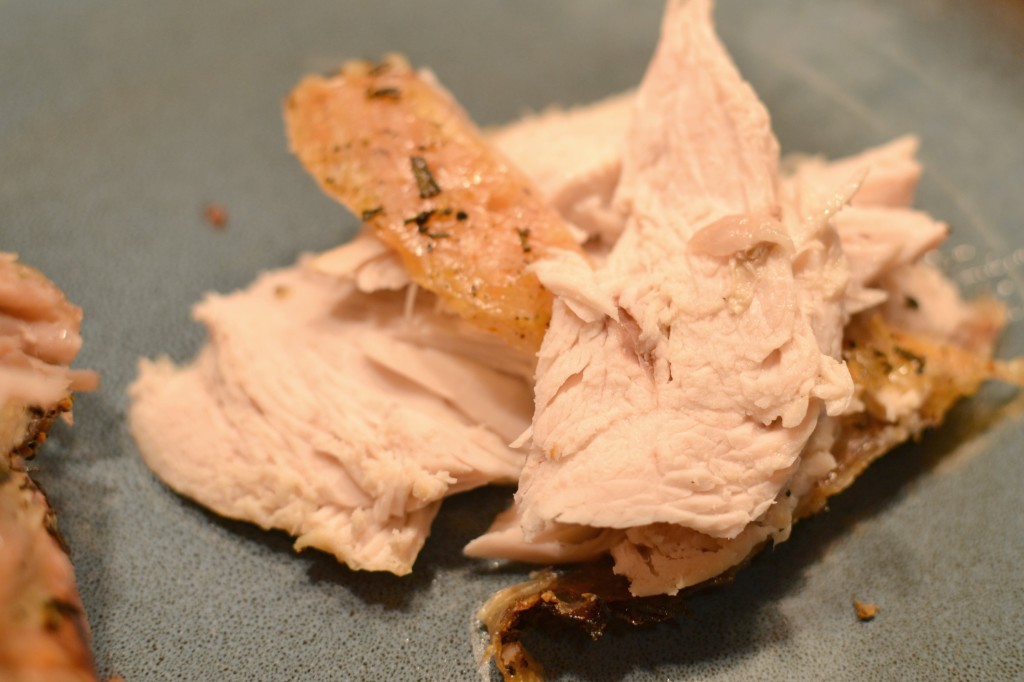 We had turkey about every night for the next week.

That second time we took it out of the oven, it was beautifully brown and smelled delicious. After impatiently waiting for it to rest, we sliced into the turkey and you know what, it was AWESOME.

Perfectly cooked, moist, really flavorful and crispy skin. It was great. We high-fived to congratulate ourselves on our successful first turkey. 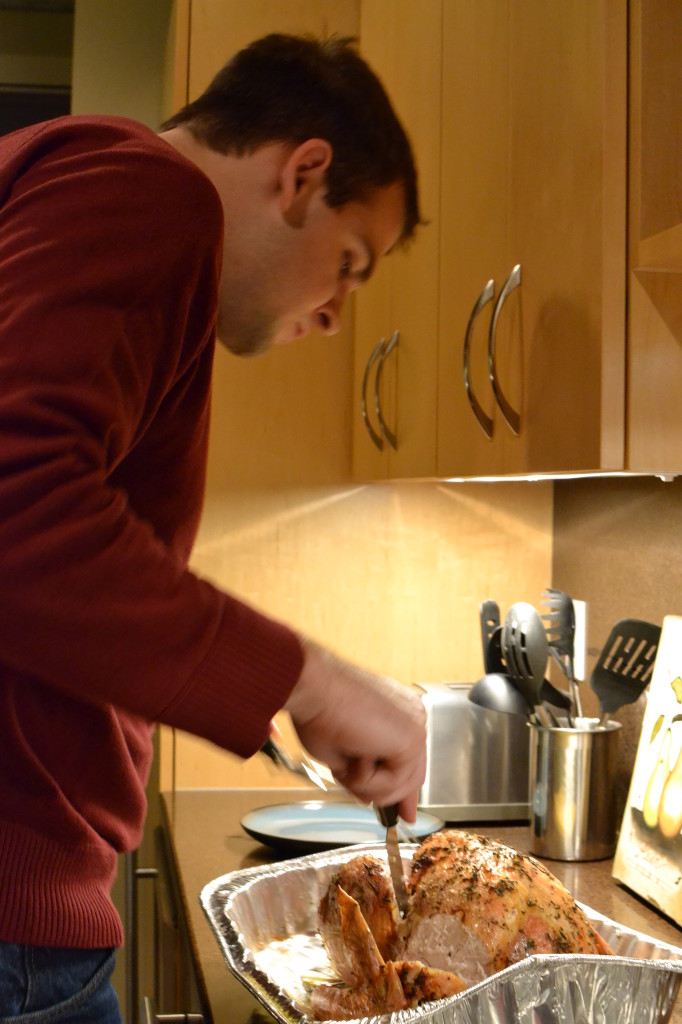 Now I am much less nervous and even more excited for Thanksgiving.

I’ve started my menu planning but haven’t yet narrowed down the dessert options.

My mom makes incredible ice cream (with her fresh HoffHens eggs!) so she’s going to make some fresh pumpkin ice cream, I can’t wait for that.  I’m definitely making this fabulous Bourbon Chocolate Pecan Pie that I’ve made the past couple of years – I’m obsessed with it. (That recipe is available on this post.) 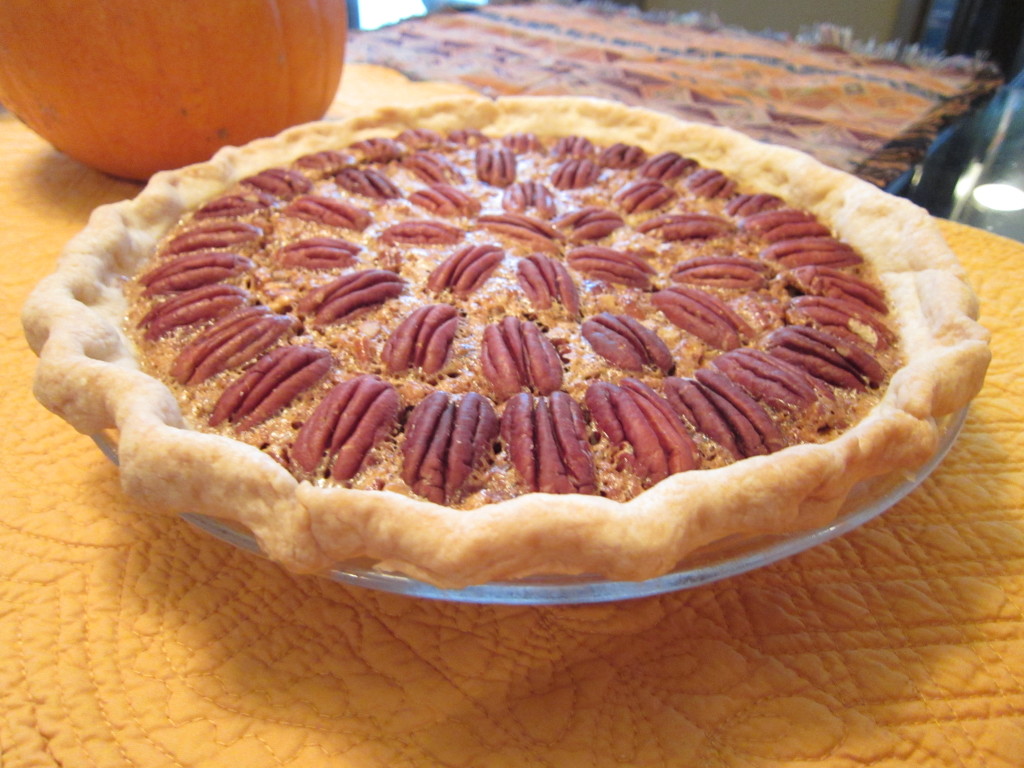 Such a delicious, decadent dessert – Bourbon Chocolate Pecan Pie (photo from our 2011 Thanksgiving)

But I’m also thinking something fun and different this year, like Pumpkin Creme Brulee or Pumpkin Bread Pudding. How good do those two things sound?!

Do you stick with classic menu items or do you like to switch it up?

Happy almost Thanksgiving to you all!