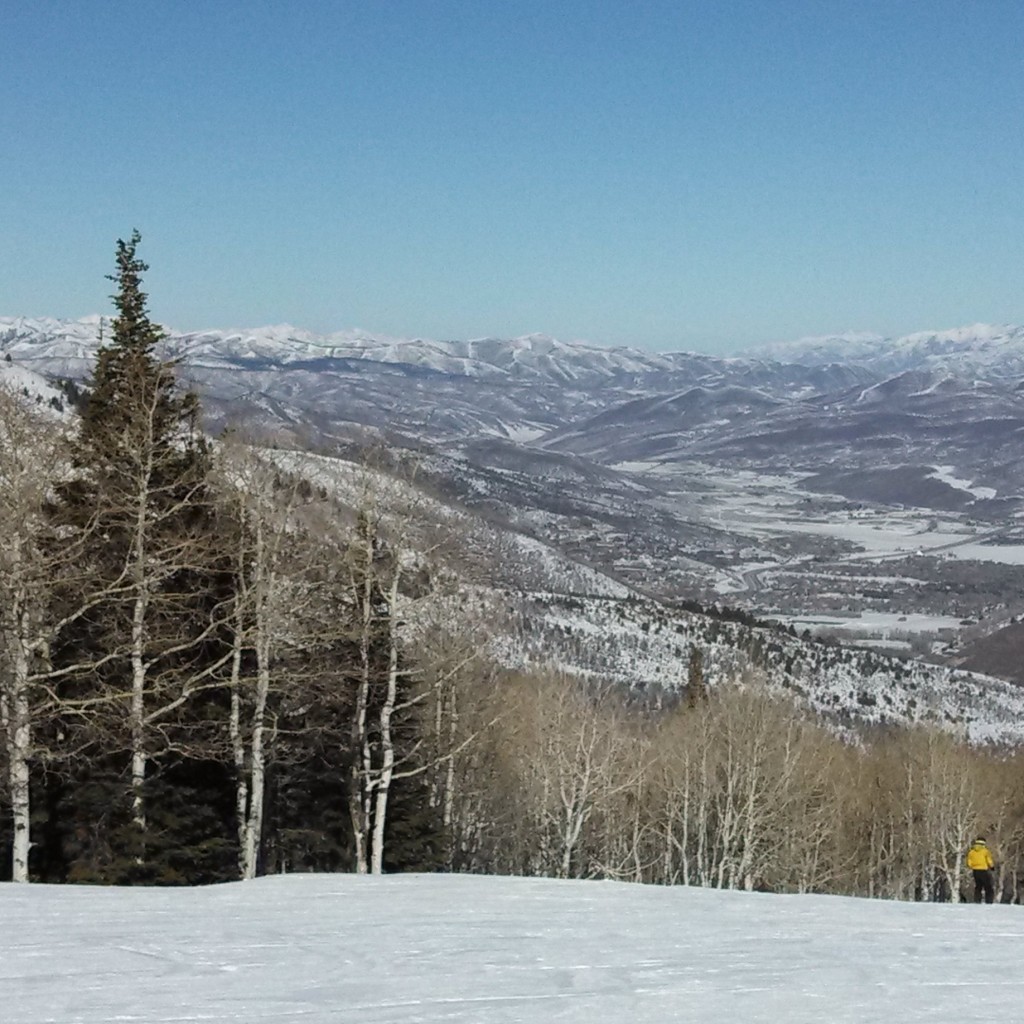 I just returned from an amazing long weekend in Park City, Utah. I love skiing. I was one of those kids who was put on skis basically once I could walk. A few of my mountain buddies and I had kept talking about how fun a ski vacation would be, especially since one of the girls is from Park City, home to some really awesome ski resorts.

After years of talking about it, Lauren, Molly, Kenzie and I finally made it happen! 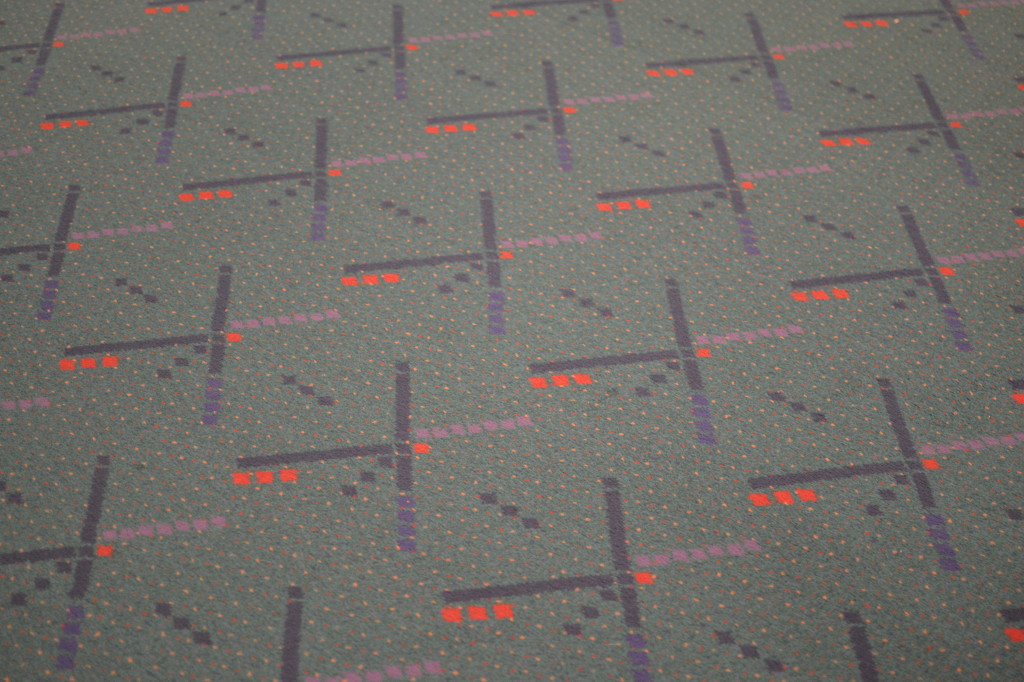 Yup, I was that person who took a picture of the PDX Airport carpet.

There wasn’t tons of snow – we had to maneuver our way around rocks and little trees instead of flying through the Utah powder – but it was a great trip nonetheless. 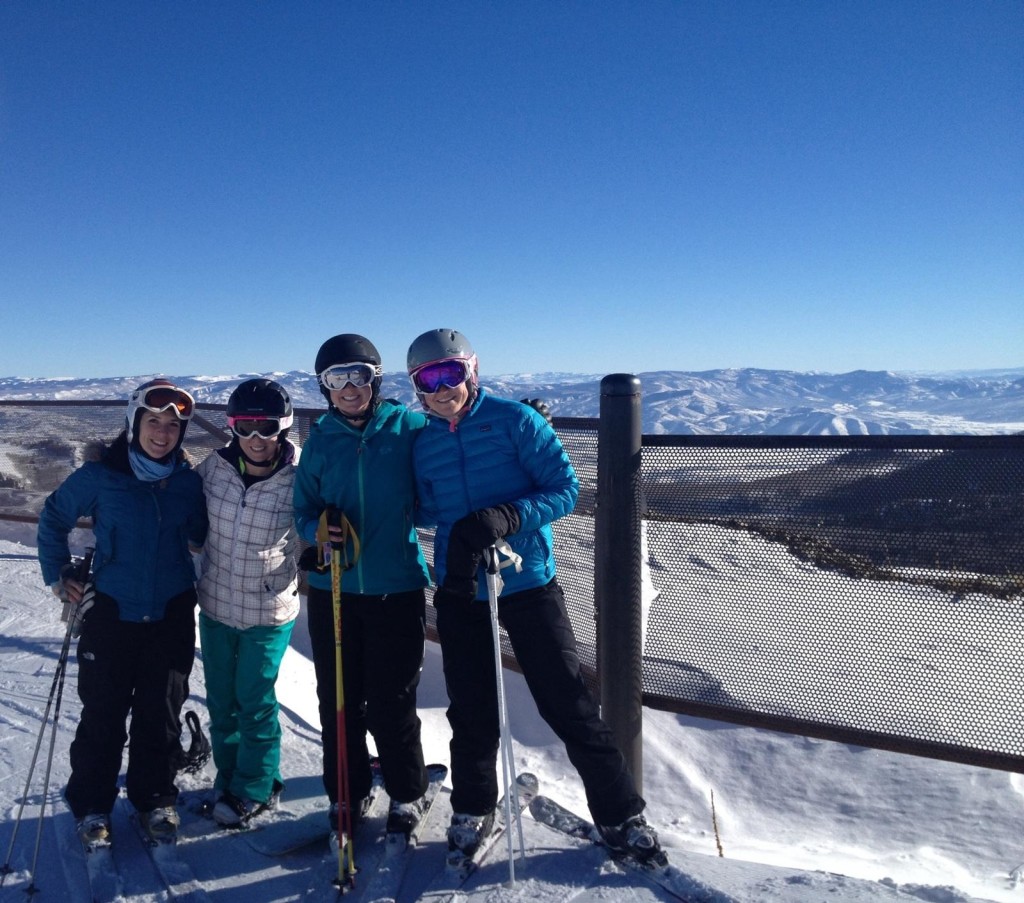 Not only did we ski three consecutive days at three separate resorts – Park City Mountain Resort, Canyons and Deer Valley – we also got to experience the fun winter events happening in Park City. 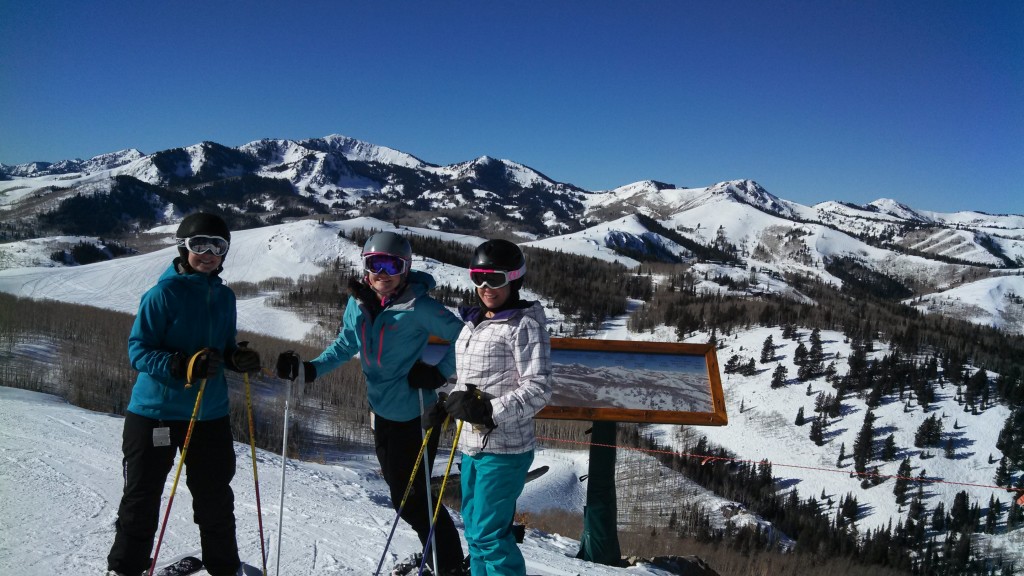 Molly, Kenzie and Lauren with such amazing views in the background at Deer Valley.

Like the Sundance Film Festival, which was celebrating its 30th year while we were there. Admittedly I was pretty excited to see a lot of celebrities wandering the streets of downtown Park City, but alas they seemed to be hiding out. We did see happen to see Molly Shannon and John C. Reilly of SNL stroll by, which was pretty fun. 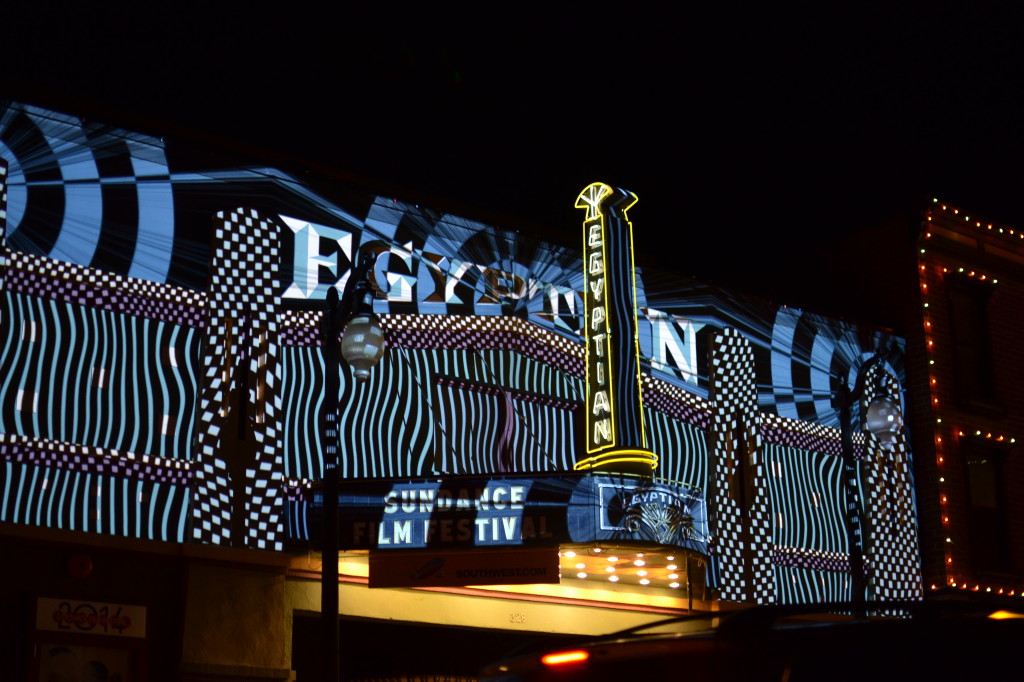 The Egyptian Theatre on Main Street.

And man, the people watching and conversation eaves-dropping was pretty spectacular. There were lots of “Back in LA, I never have to stand in lines” complaints by girls in short dresses in 20 degree weather. Very entertaining. 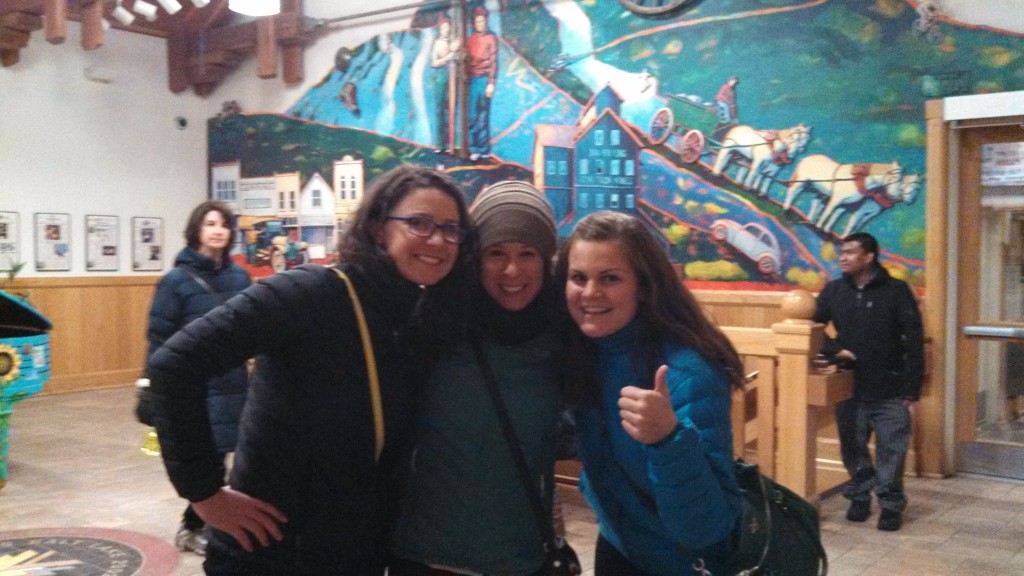 It was also the same weekend as the final Olympic Qualifiers for the US Ski and Snowboard Team. (It still shocks me that just a mere 3 weeks before the Winter Olympics, these skiers and snowboarders didn’t know if they were going to Sochi.) We got to watch the finals for skiing halfpipe and Slopestyle, a new Olympic sport which is basically a competition of the terrain park. It is beyond crazy seeing these guys and girls get more than 20 feet in the air and do insane tricks then land on both feet. Very impressive. (Here is a great video of the guys we watched who made it to the Olympics!) 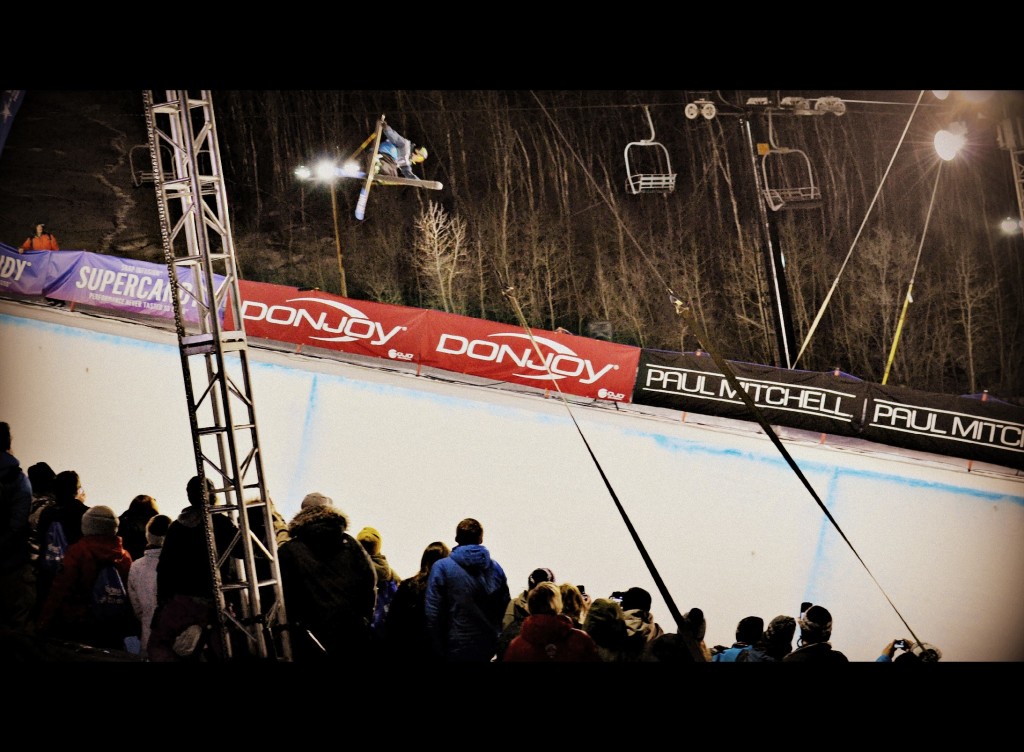 The halfpipe event was held Saturday night at Park City Mountain Resort. We had to climb up the side of the ski run to see the event, which required hiking up the snow. It was a little treacherous at times. I took a spill once or twice and had a minor freak out thinking I was destroying my nice camera but I made it! And it was definitely worth it. 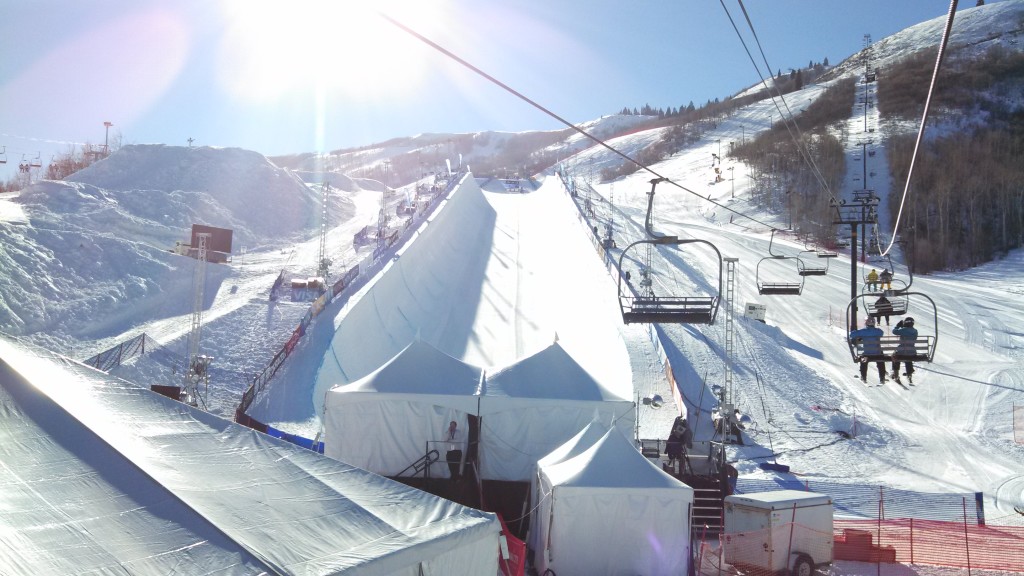 The giant halfpipe during the daytime.

Even better, as it was the final night of competition, they had a large party to announce the team, complete with a free concert by O.A.R. and special guest Matisyahu (!) right at the base of the mountain. Totally random, but so much fun. 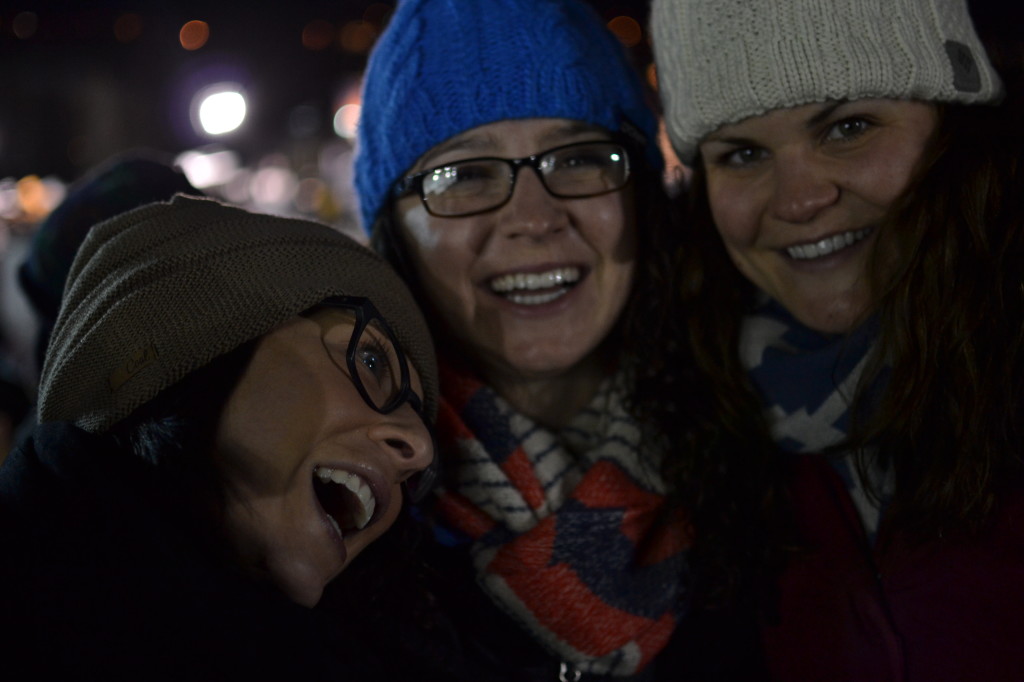 Goofing off while watching the halfpipe finals.

As you can see, I didn’t get too many food photos surprisingly since we did a lot of eating in at my friend Molly’s parents’ house. But of course we did eat well, especially all those homemade chocolate chip cookies! 🙂 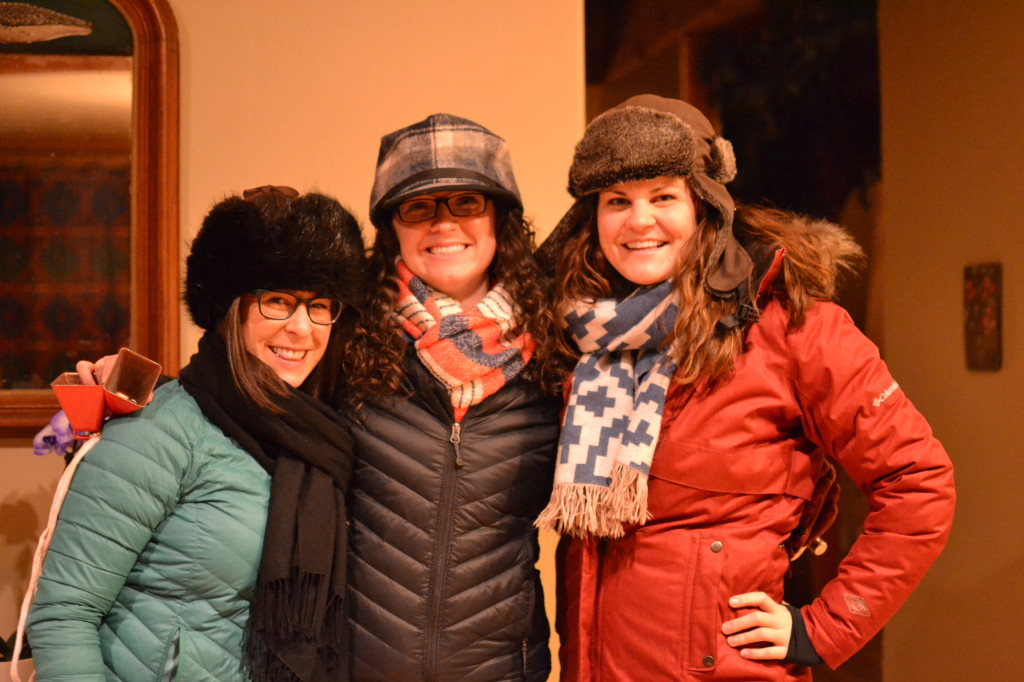 We also got to play dress up. Lauren, Molly and Kenzie showing off some sweet hats.

It was a great weekend filled with a ton of skiing, beautiful views, and lots of laughs.