I’m all about convenience – Order groceries online? Check, I definitely do that.  Make dinner reservations via OpenTable rather than over the phone? Yup, do that too.  But purchase a cupcake from a vending machine rather than from a real person?  That seems like it is going a bit too far… 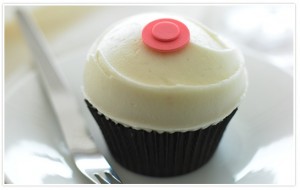 Well, not for the well-known Sprinkles Cupcakes!  Already set up in LA and coming this summer to NYC, the cupcakery is now selling cupcakes via machines that look a lot like ATMs.  Called “cupcake automats,” they are filled daily with a few hundred freshly made cupcakes, with tons of varying flavors like Chocolate Marshmallow, Ginger Lemon and Chai Latte. 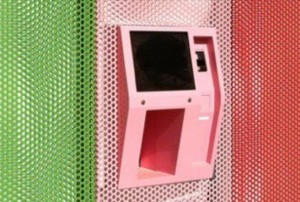 The best advantage of the cupcake ATM?  Ever have a midnight dessert craving but no good places are open?  Don’t worry, the Sprinkles cupcake automat is open 24/7!

Plus they even sell cupcakes for your dog! 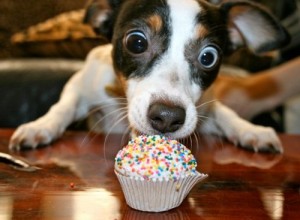 If you want to see it in action, check out this Huffington Post video!

Will this because the newest trend in the dessert scene?  I’m not really sure. But I can say with complete certainty that this is a MUCH better idea than the Foodcube’s Fried Chicken and French Fry vending machines… Just sayin’… 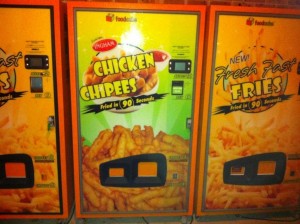