Crawl your way through the best bakeries of Portland and beyond!
Tuesday night was Share our Strength’s annual Taste of the Nation event, a giant culinary tasting fundraiser to end child hunger.  I helped out my favorite cupcake shop, handing out tons and tons of treats at Saint Cupcake‘s booth.  It was such a fun night filled with lots of delicious food and drink and mingling with so many great people in the culinary industry. 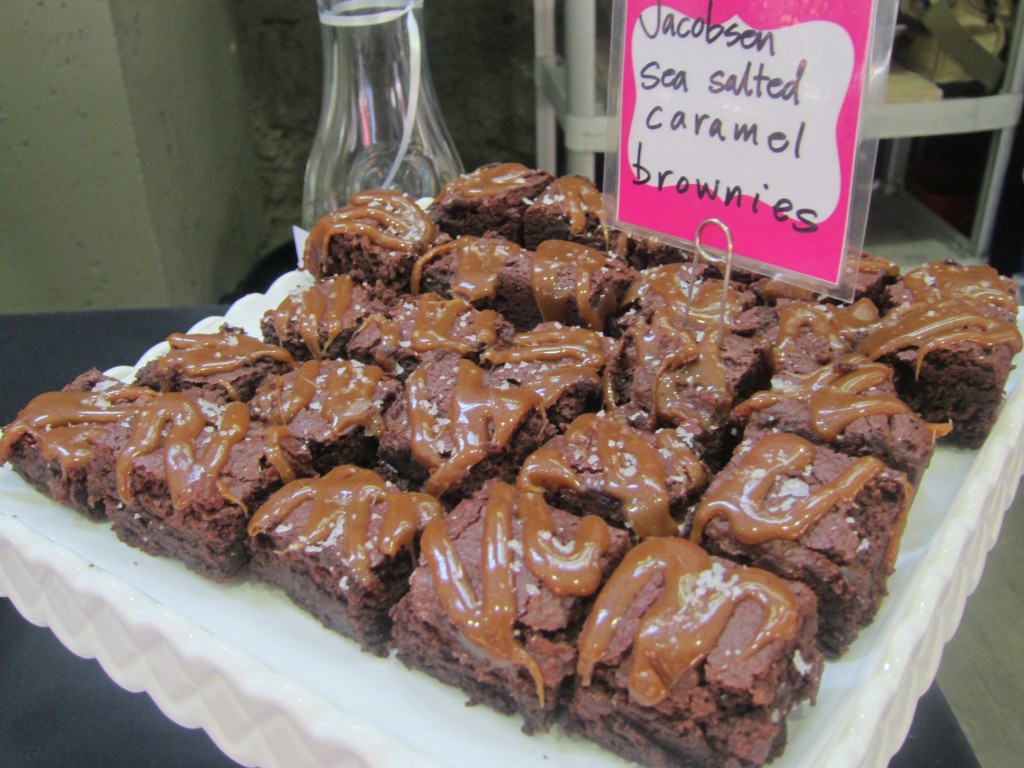 Hands-down the most popular Saint Cupcake item of the night

There were over 75 restaurants, bakeries, chocolatiers, wineries, breweries and even distilleries.  Almost all of my favorite restaurants like Genoa and Oven + Shaker were there, and also some of the newer restaurants I’ve been dying to try like Double Dragon serving amazing tiny bahn mi sandwiches and Jamison, the restaurant opening up in the old Fenouil space in the Pearl.  Plus anytime I got thirsty, just about every brewery and winery in the NW was there! 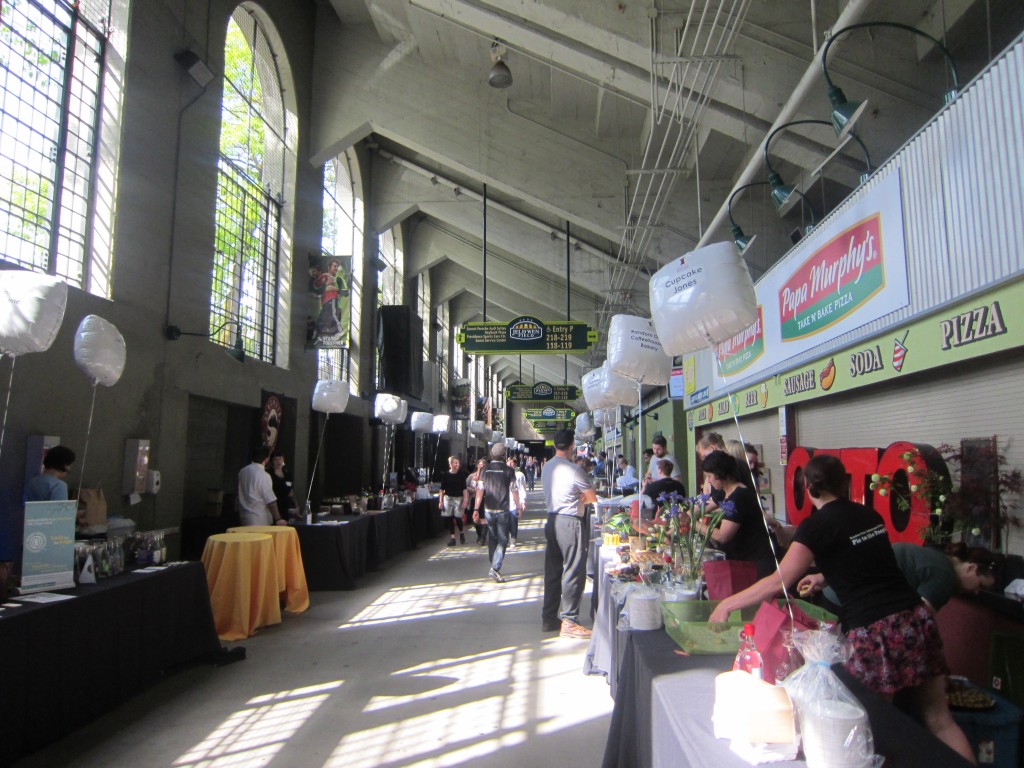 Getting all set up in JELD-WEN field

The event started with the VIPs arriving around 5:30pm and by 6:30pm, the place was PACKED!  It was kind of a weird set up putting the booths in the halls of JELD-WEN field where the concessions stands are, rather than the field (which I understand would probably be frowned upon by the Timbers, but that would have been way better). Nonetheless people pushed their way through and were still able to get lots and lots of samples. 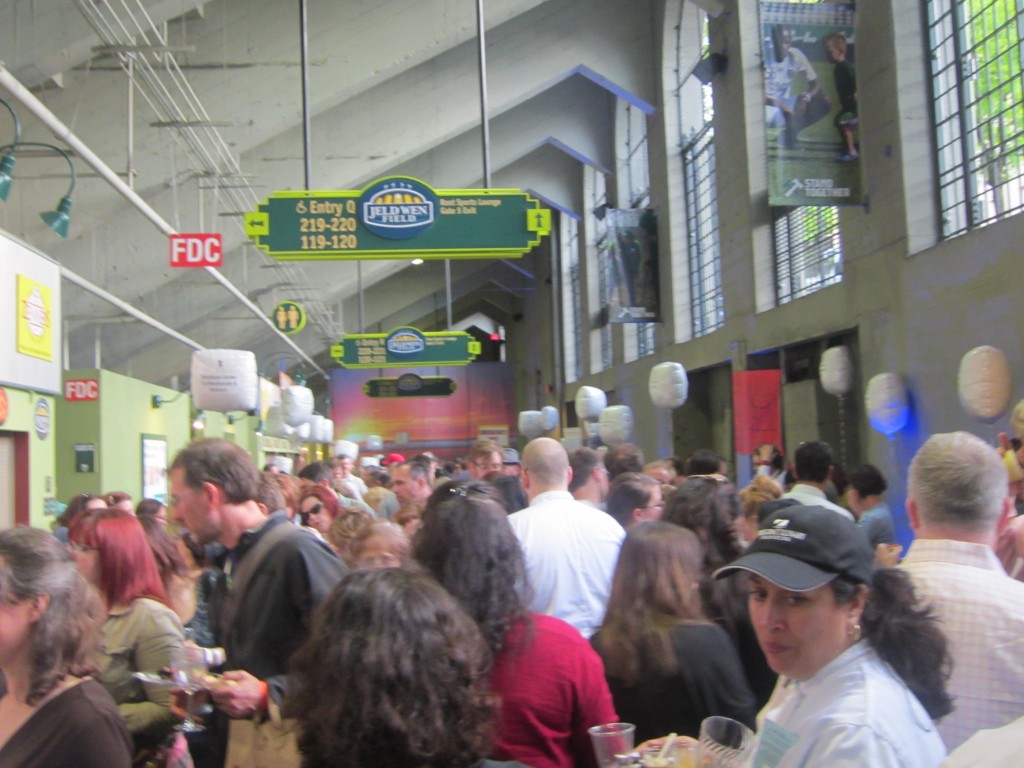 Fortunately for myself, I am small and was able to weave my way through the crowds a little easier so I could do some taste testing also!

My top favorite savory dishes were the bahn mi sandwiches from Double Dragon and this incredible empanada from Andina.  They may have noted that this was just for the Taste of the Nation event, but I really hope they put it on the menu (in particular it would be a delightful addition to the happy hour menu! hint hint!). 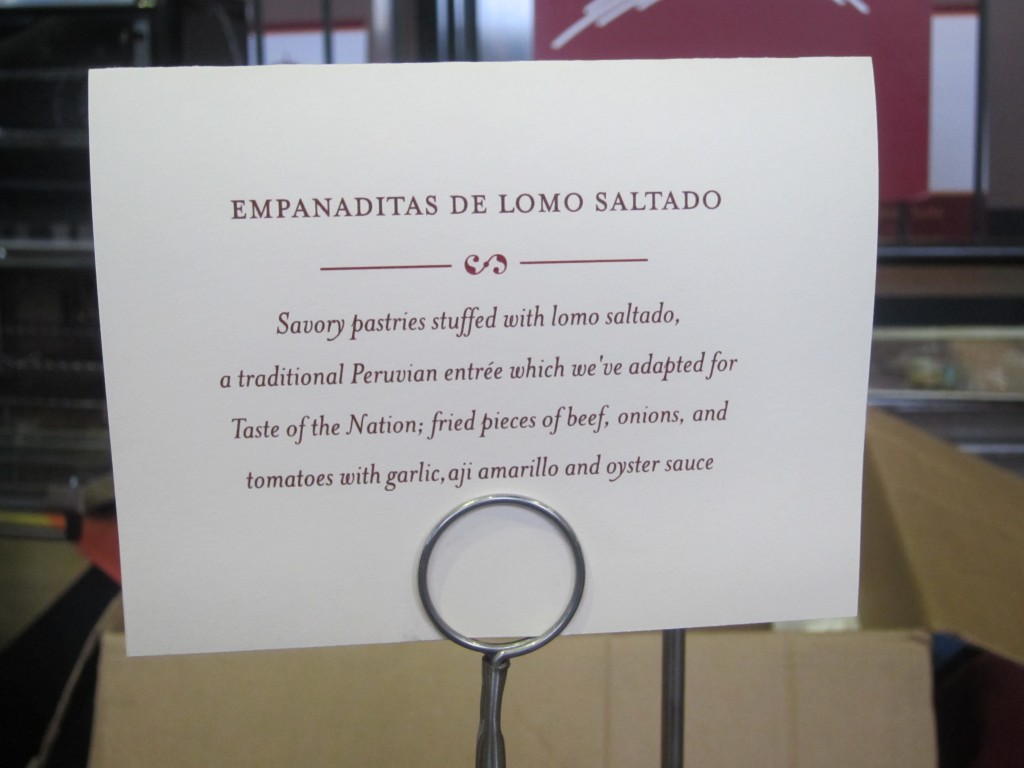 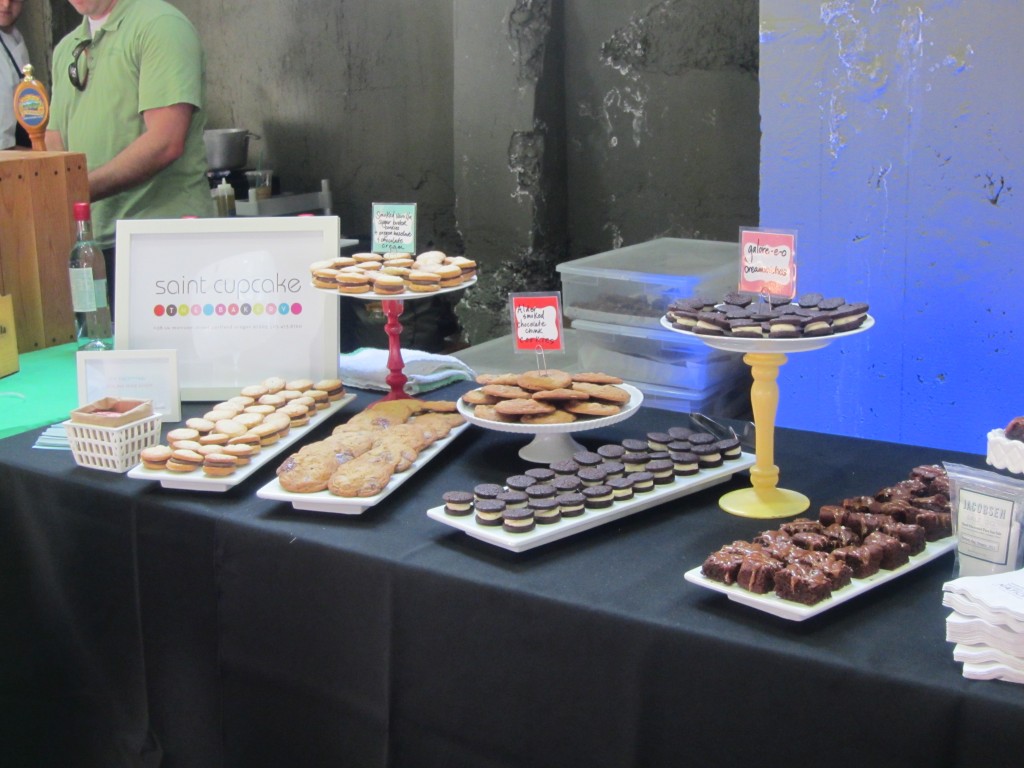 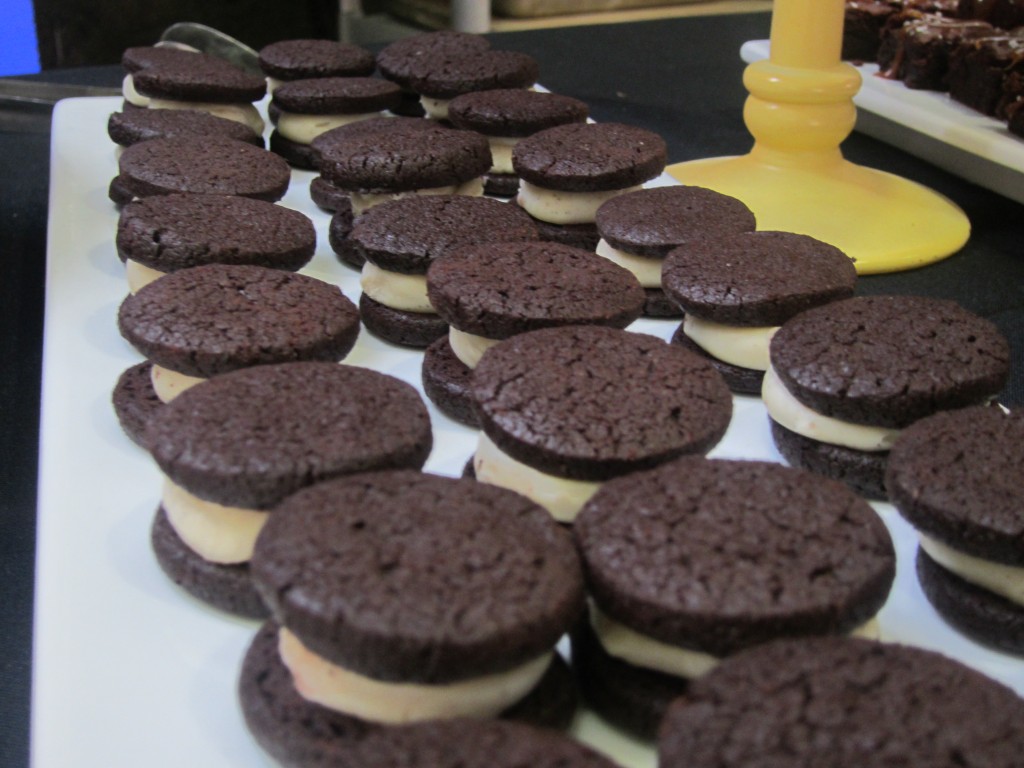 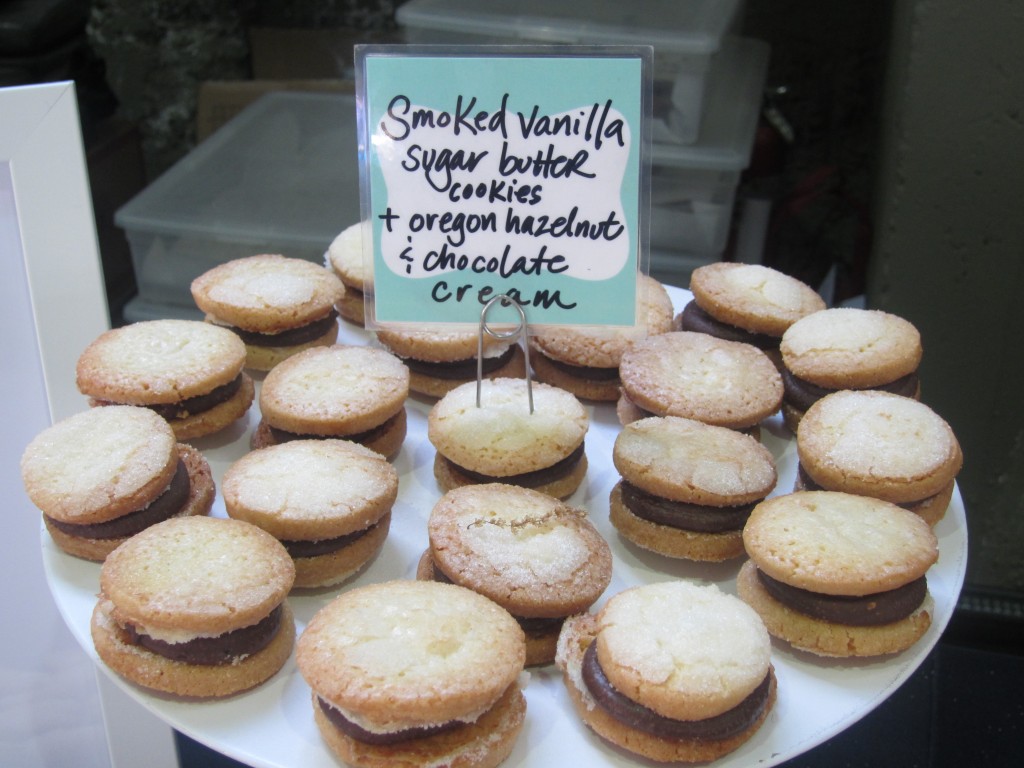 For something really different, there was also the Alder Smoked Chocolate Chunk Cookies. Made with smoked flour, yes you heard that right, the flour is put in a smoker and smoked.  This gives the cookie a smokey flavor that is almost bacony, but with the dark chocolate chunks, it somehow works! 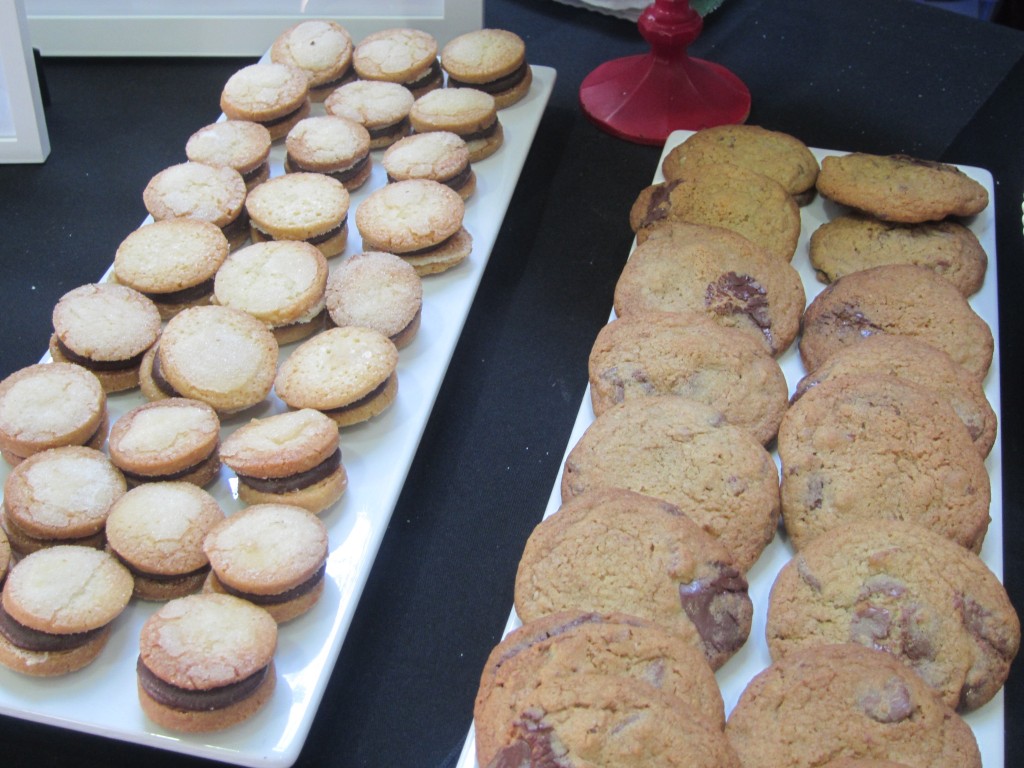 The favorite of the night however was by far the Oregon Sea Salted Caramel Brownie. I mean how can you go wrong with a name like that?  This brownie is decadent, super fudgy and heavenly when mixed with the housemade caramel sauce and flakes of local Jacobsen salt from the Oregon coast. 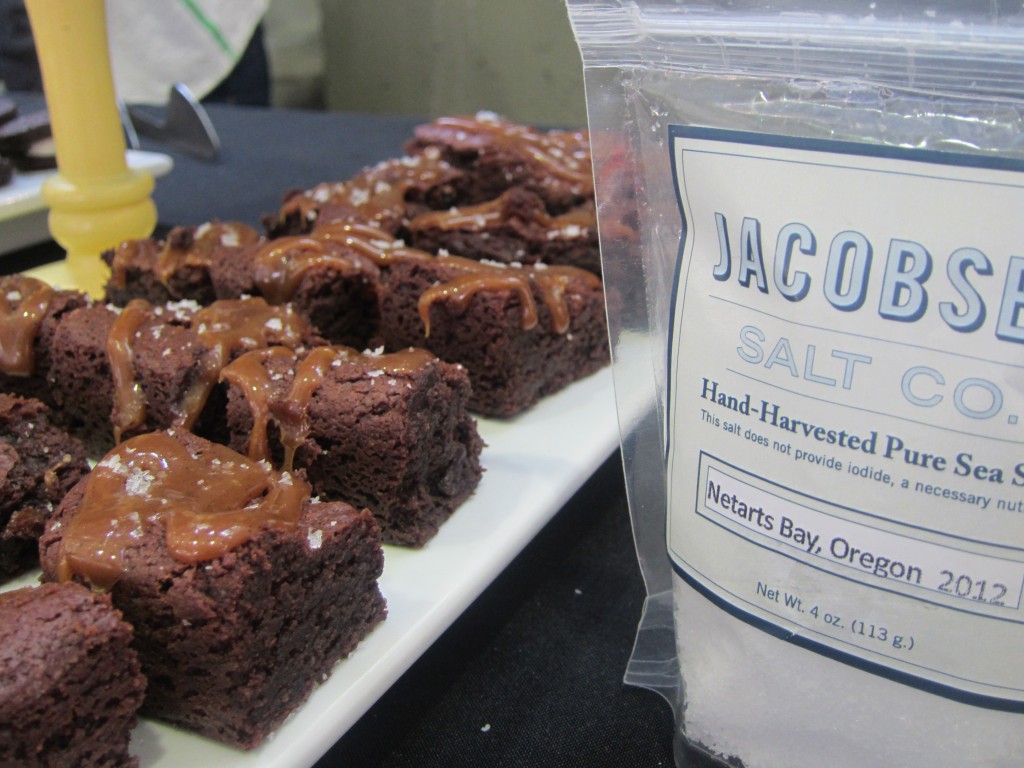 These babies sold out really quickly.  If you didn’t get one because you decided that dessert shouldn’t come first, or because you weren’t at the event, head over to Saint Cupcake and pick one up. Your tastebuds will thank you.

On a more healthy note, Charlie’s Produce had a BEAUTIFUL display of fresh produce: 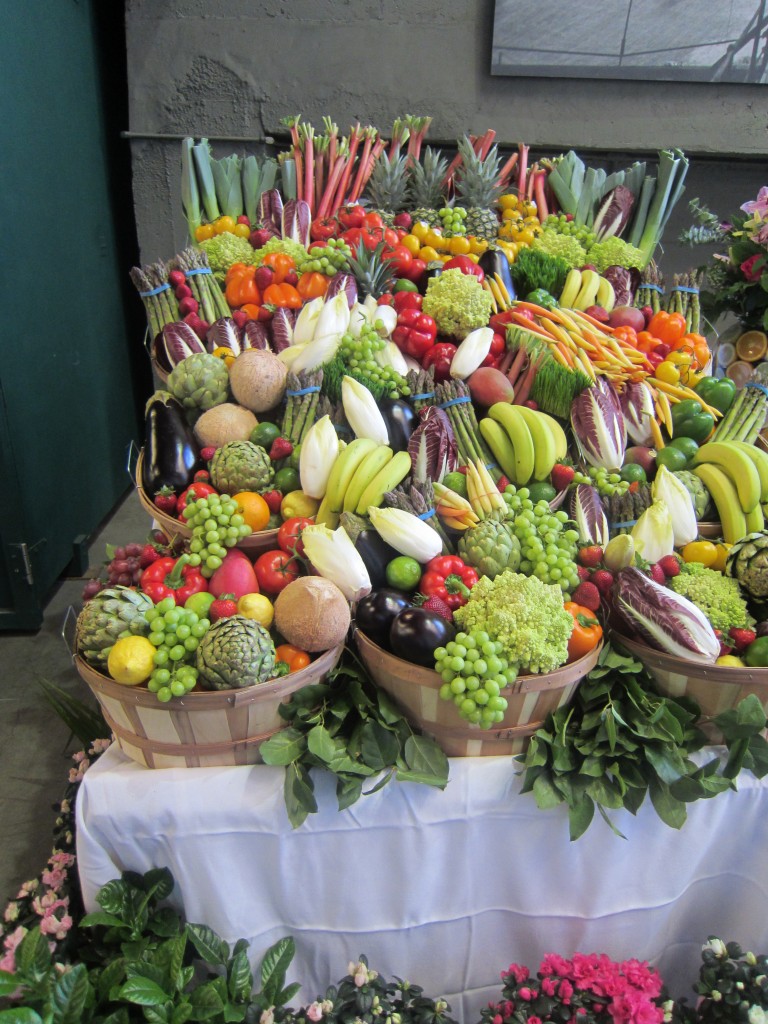 It was such a fun event. I left completely stuffed full of delicious food and drink.  Can’t wait for next year! 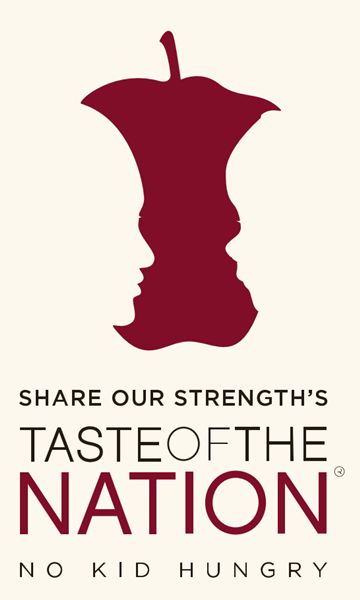