I’ve had Fleur de Lis Bakery on my list for a while as I’ve enjoyed their baguettes at restaurants in town (I wish I could remember which ones). But ever since I went to Eb & Bean (read about that here!) where I got some incredible fro yo topped with some delicious cinnamon sugar donuts from Fleur de Lis, I was even more adamant about checking it out. 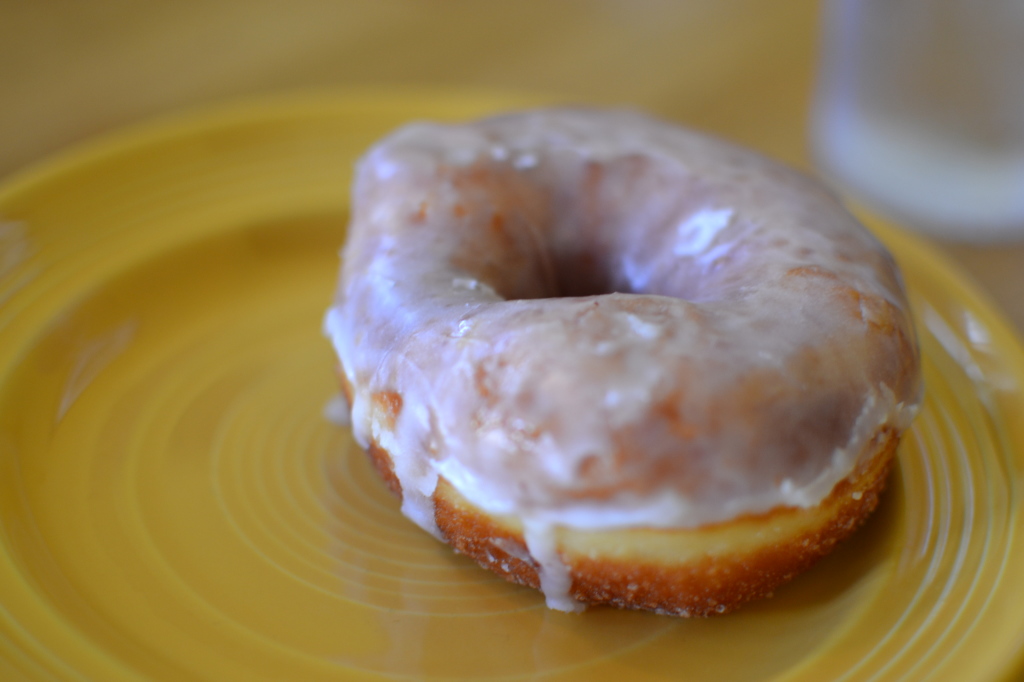 So when I was planning one of my last brunches in Portland before our big trip with my girlfriends, I suggested doing Fleur de Lis.

Fleur de Lis has a large patio out front and a really nice, bright indoor space right on the corner of NE 40th and Hancock, which is just off Sandy. 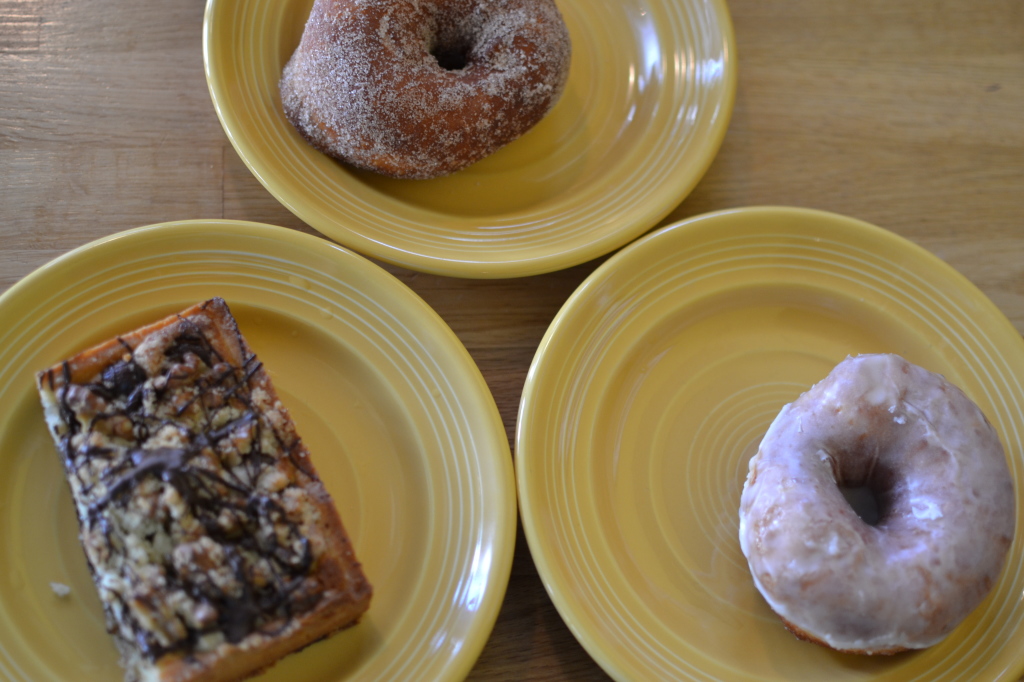 Our entrees were going to take a while, so we had to get “appetizers”!

Just as expected their donuts were fantastic, especially the glazed donut which was sweet and fluffy. 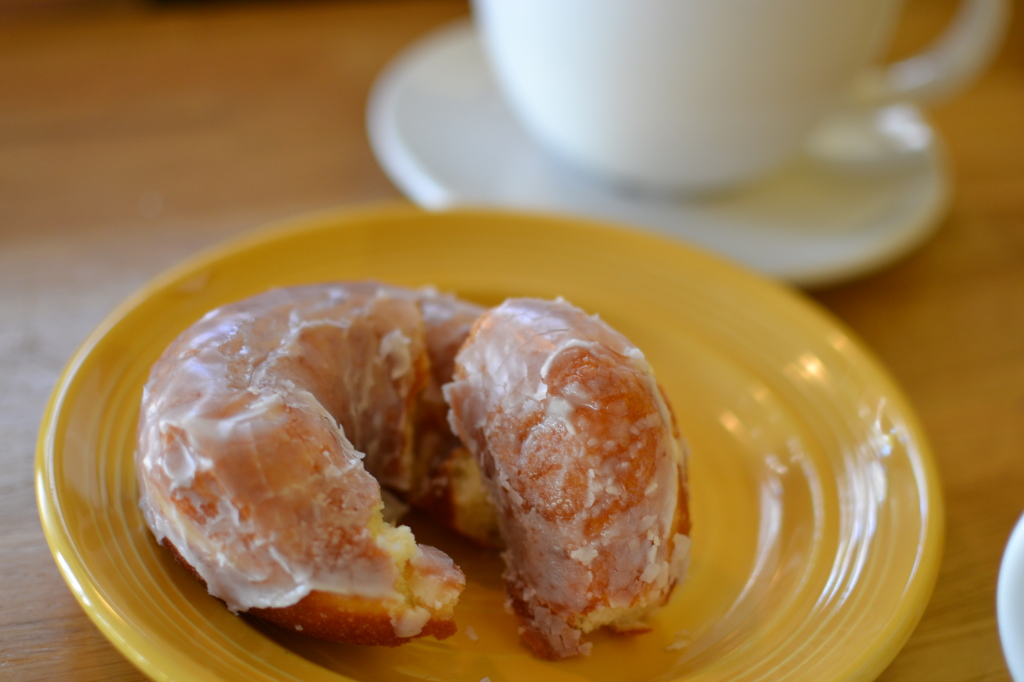 They offer a delicious brunch, with items like omelettes and Cinnamon Roll French Toast – yes you read that right, they take a cinnamon roll then slice it and turn it into French Toast. Unfortunately it wasn’t as rich as I was expecting/hoping (I know, I’m absurd that I wanted more sugar). 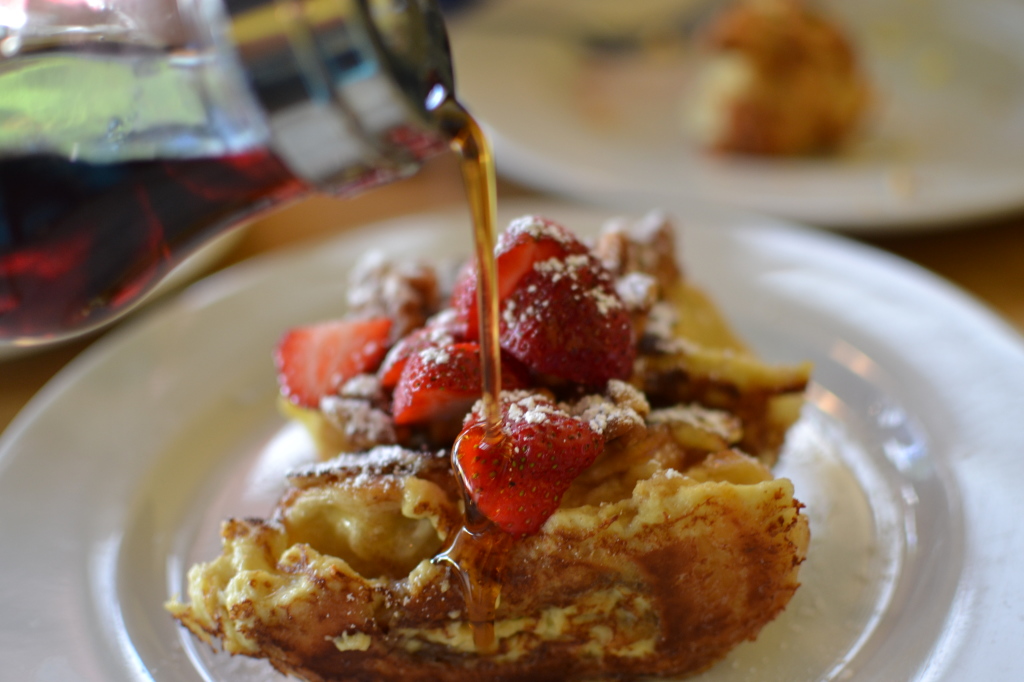 My favorite was this little shortbread bar topped with chocolate and walnuts. Sure, it’s not really “breakfast” but who cares! When you’re out to brunch, anything goes. 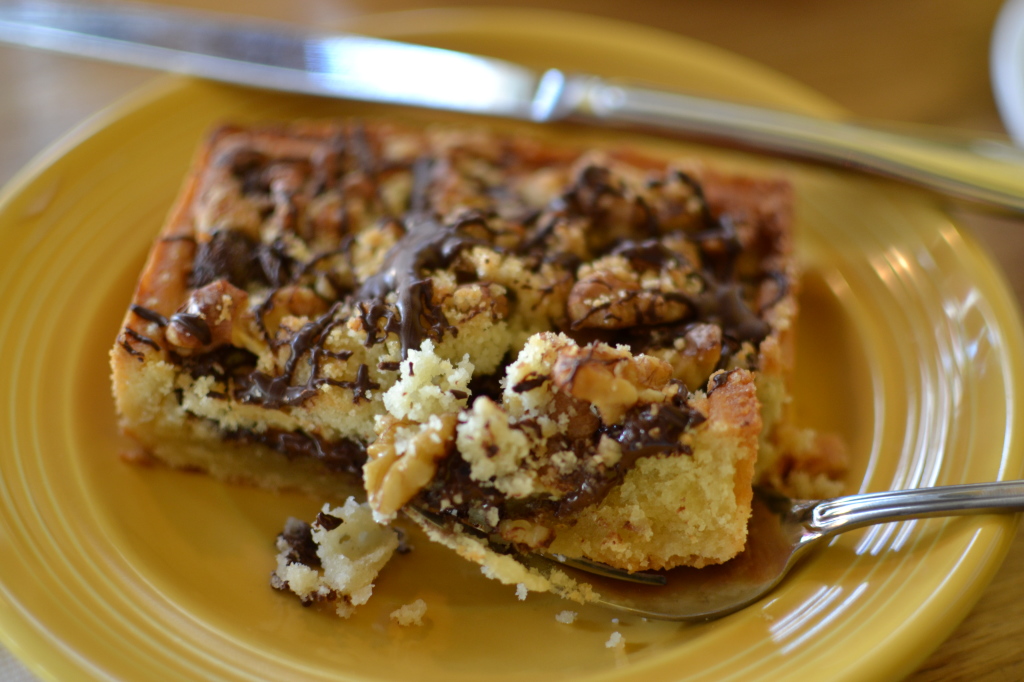