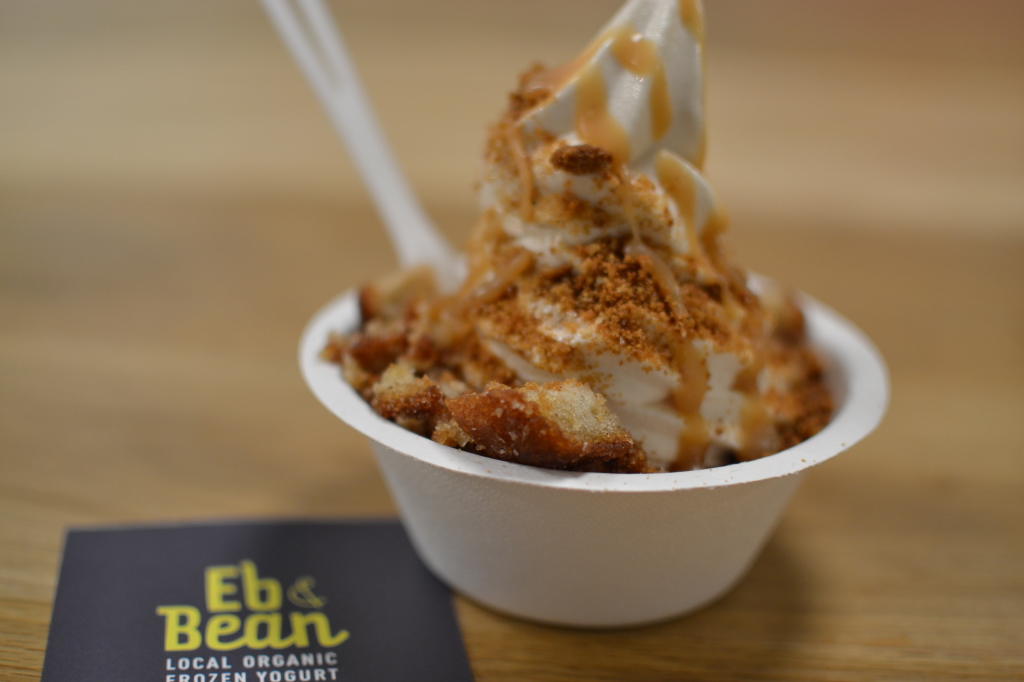 In college, my friends and I were basically obsessed with frozen yogurt. I’m not sure if it was because we were just followers in the fro yo fad, because we were convinced that despite how many Oreos we put on our fro yo, it was “healthy,” or if we just liked having a fun, casual activity to enjoy together. Whatever the reason, we probably went to the fro yo place near the University of Oregon campus at least once a week. Once there was a self-serve location in Portland where most of us moved after graduation, we were extremely jazzed.

Almost a decade later (eeks – that makes me feel old!), I still admit that I am a little fro yo crazy. Something about the creamy texture, tons of flavors, and the massive number of toppings you can load up just make frozen yogurt too good to pass up. 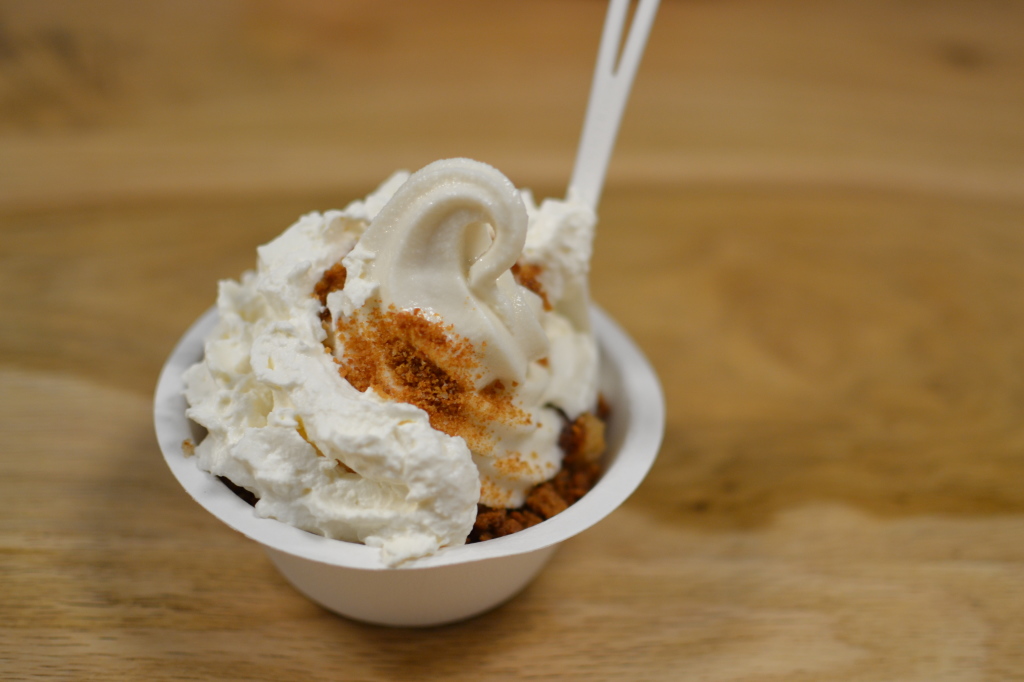 So it was no real surprise that I was super excited to learn about Eb & Bean in NE Portland. This little place is Portlandized fro yo. What do I mean? Imagine farm-to-table,  organic frozen yogurt using local ingredients and toppings either made in house or by nearby bakeries. Love this idea. 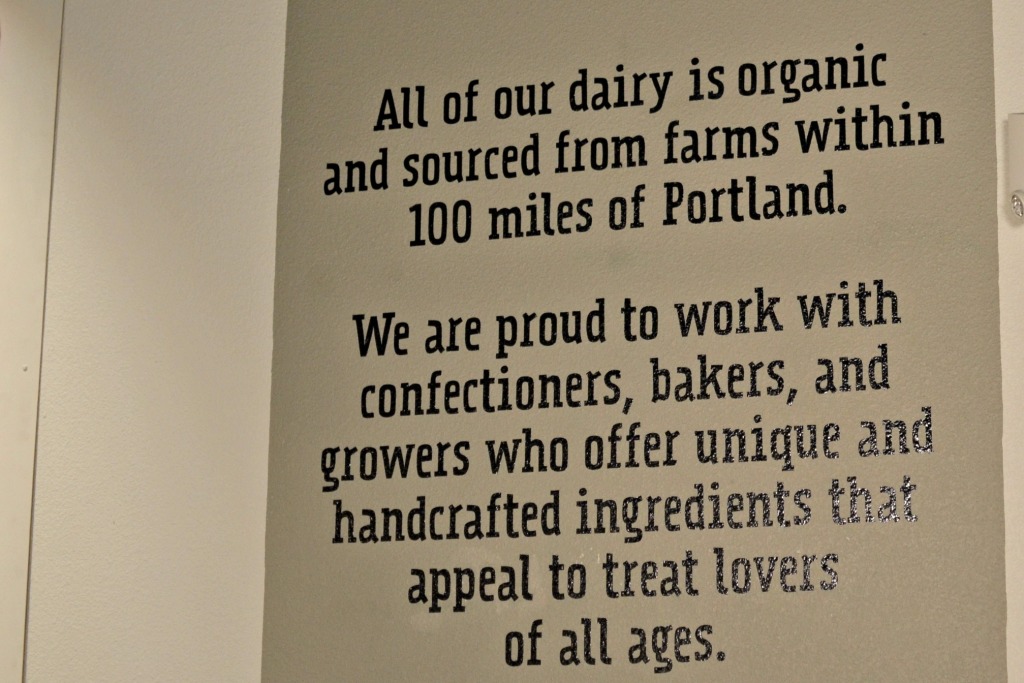 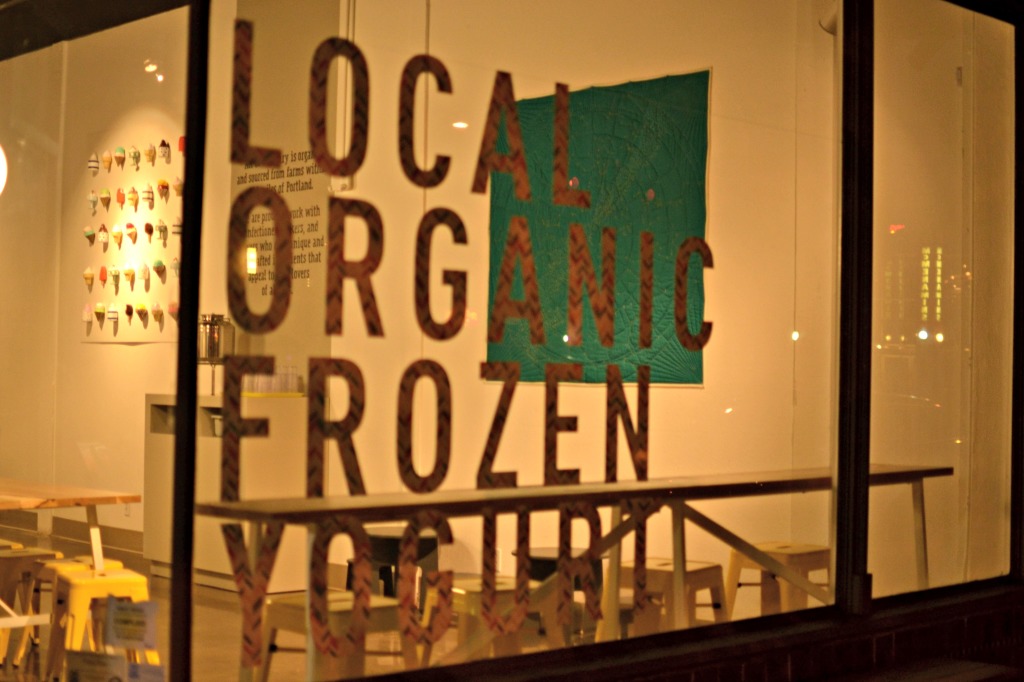 I finally got to check it out after another fun #SupperClubPDX adventure at La Taq. While this is not a self-serve fro yo, like nearly all other ice cream shops, you can try all of the flavors your heart desires. I of course took them up on that. I really loved their seasonal flavors like the Vermont Maple, which was similar to a rich, flavorful vanilla. 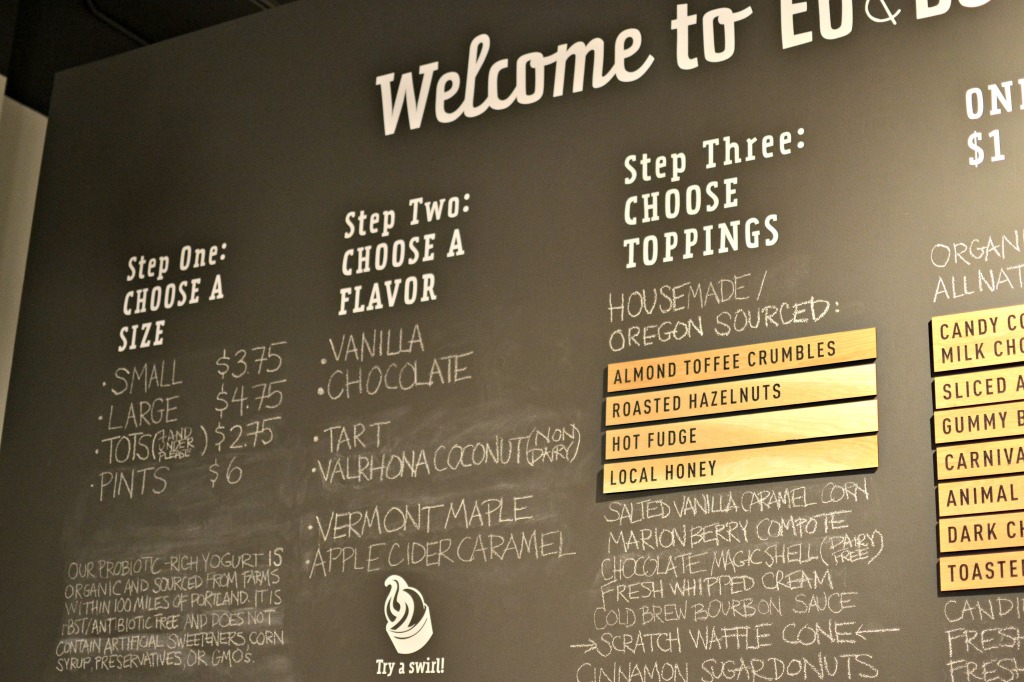 I decided to go with the Apple Cider Caramel, which is made with real apple cider reduction. 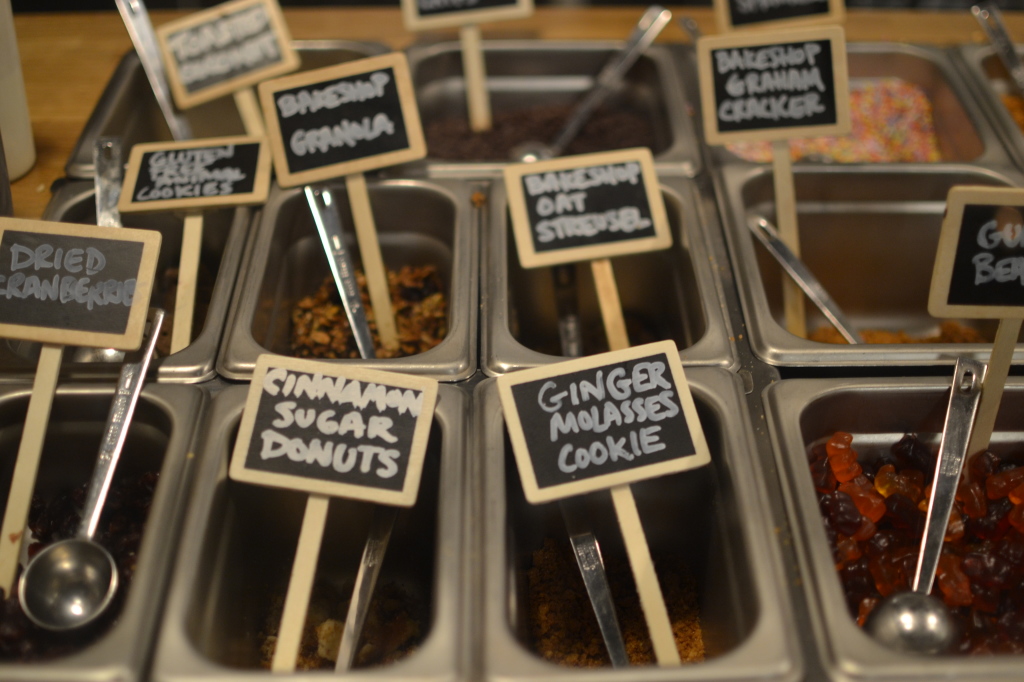 Oh, and did I mention they also have scratch made waffle cones too?!

It was somewhat like option overload. But it’s a problem I can handle.

My concoction ended up with the Apple Cider Caramel, topped with the Cinnamon Sugar Donuts from Fleur de Lis Bakery, Ginger Molasses Cookie, and some salted caramel sauce. It tasted just like an apple pie. Yes, it was as good as it sounds. 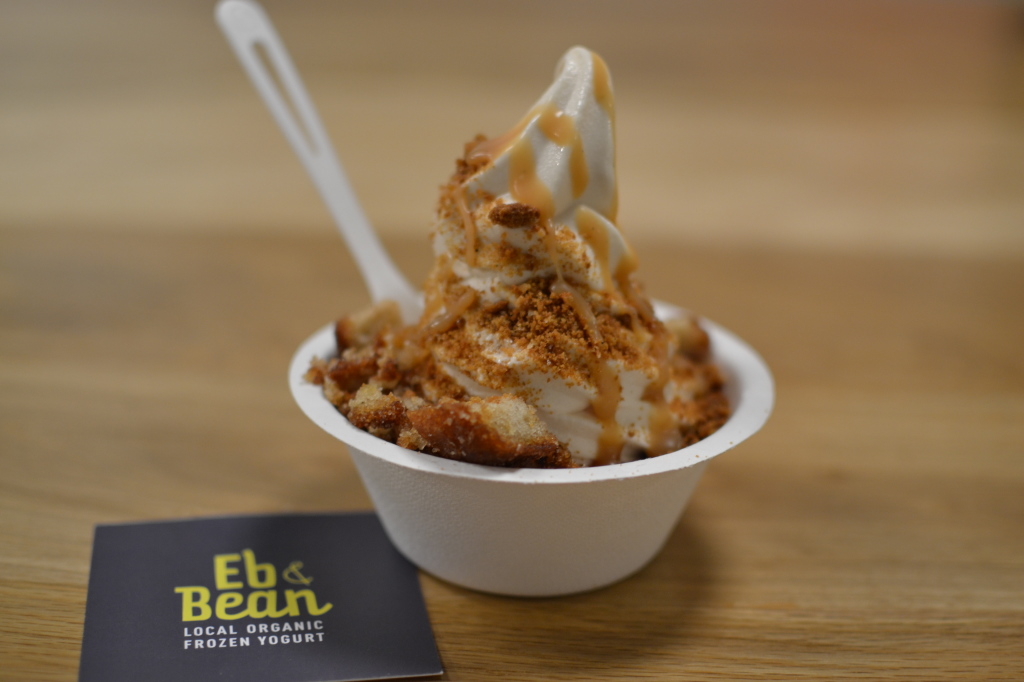 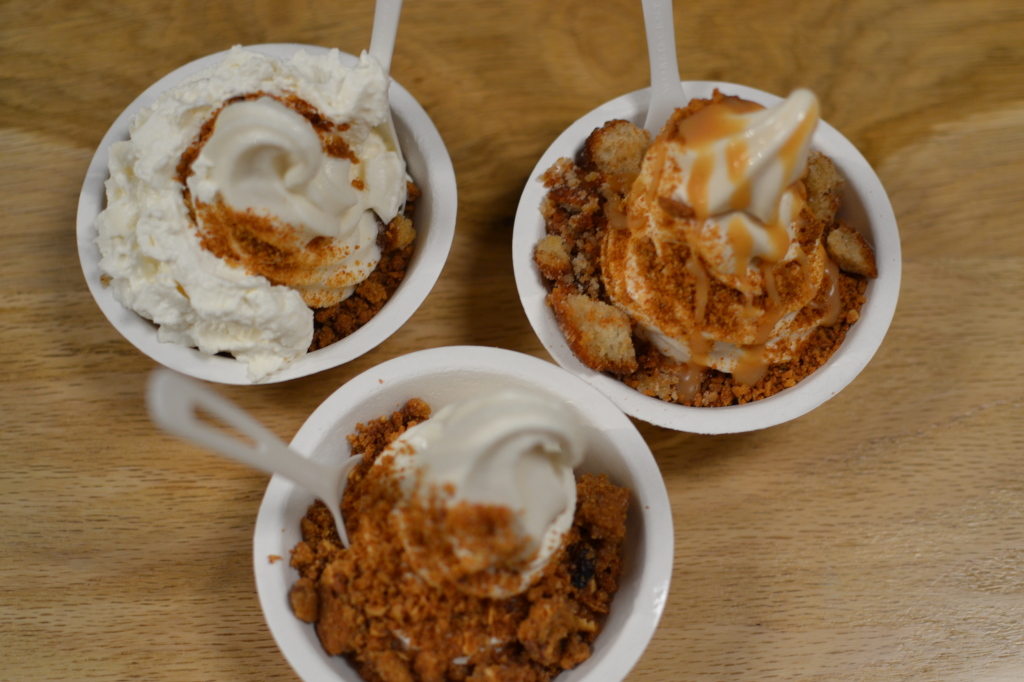 Plus Eb & Bean has some of the cutest marketing out there. Seriously, how adorable is their polar bear mascot? 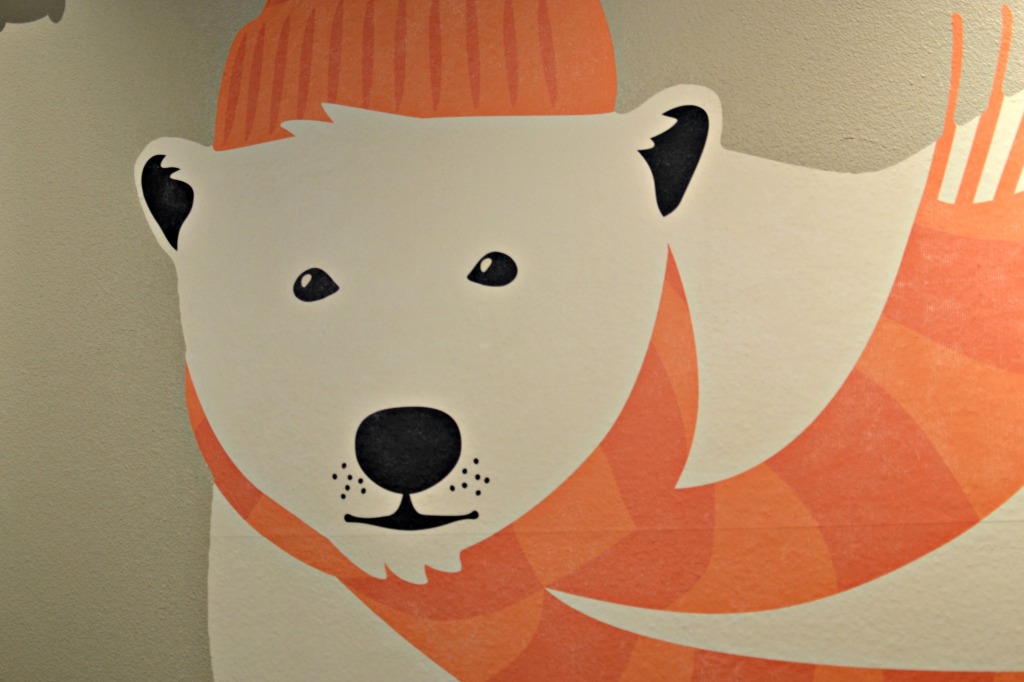 AND, in case that wasn’t enough for you, they have a punch card so your 10th fro yo is free! Win, win, I’d say!