In preparation for our trip to Japan, we watched Jiro Dreams of Sushi this weekend. It is a really well done documentary about a famous sushi chef, Jiro Ono, who owns Sukiyabashi Jiro, a 10-seat sushi-only restaurant in a Tokyo subway station. Yes, that’s right, a subway station. But of course, Japan is supposed to be extraordinarily clean, so maybe it’s not as weird there. 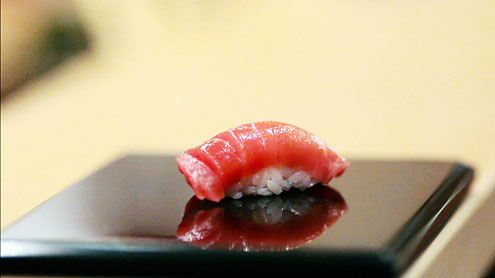 Jiro is said by many to be the best sushi chef in the world. The Michelin Guide has awarded Jiro’s an impressive 3 stars and said, “No matter how many times you eat at Jiro’s, it is always good.” For a price starting at 30,000 Yen (about $300), it better be good! Jiro focuses on the highest quality of fish and perfect execution. “I either buy my first choice, or I buy nothing. If ten tuna are for sale, only one can be the best. I buy that one” said Jiro’s fish monger.

This movie has beautiful cinematography, provides insight into Jiro’s life, and tells the story of his family and sons, one of whom will take over the restaurant when Jiro eventually retires and the other who opened a near identical version in Roppongi Hills. It showcases Jiro’s incredible work ethic, precision in his skill, and unwavering passion for sushi and his restaurant. “All I want to do is make better sushi. There is always a yearning to do more. I’ll continue to climb, trying to reach the top, but no one knows where the top is.” 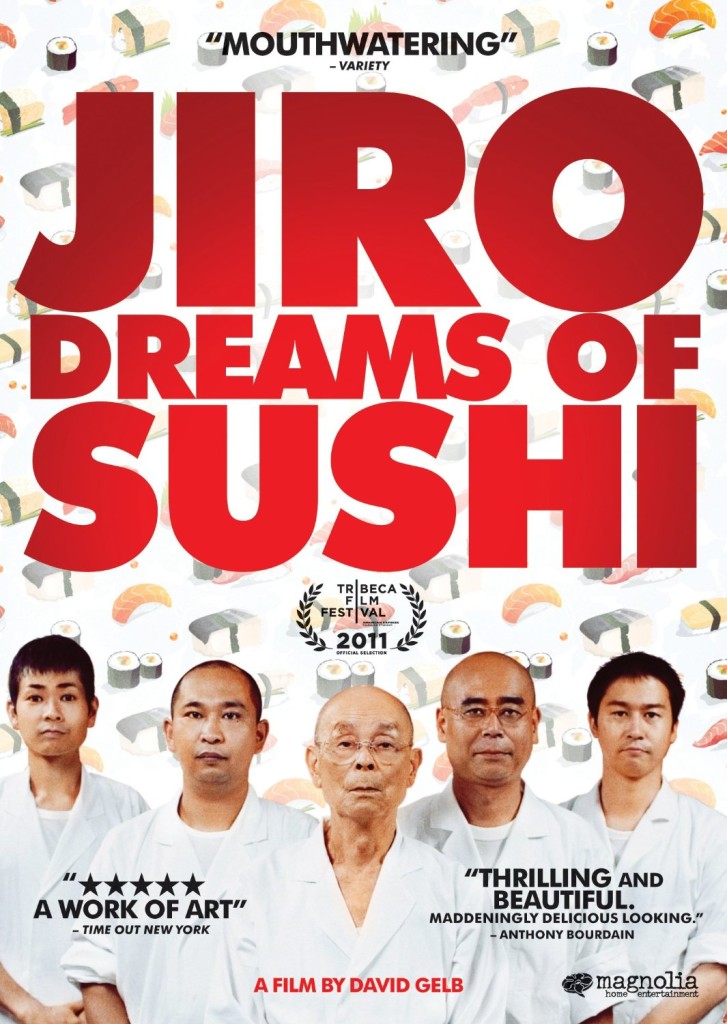 Even if you don’t plan on traveling to Japan anytime soon, I definitely recommend this film.

As for other food and wine movies, I’m a fan of Somm, another documentary about the master sommelier exam, Bottle Shock about the early days of the California wine industry, and of course Farang, the new documentary about Pok Pok’s Andy Ricker.  And obviously I do love Ratatouille, I would not pretend otherwise. 🙂

Plus because I can never get enough food movies, I’ve also already got the Spinning Plates, Chef and The Hundred-Foot Journey on my Netflix queue.

What about you? What are your favorite food films?