Why hello friends and happy December! Hope you had an awesome Thanksgiving! I spent my long weekend gorging myself on mostly stuffing, ultra-buttery Parker House rolls and pumpkin cinnamon rolls (all homemade of course!). I seriously ate so much on Thursday that I woke up in the middle of the night with a stomach ache. Clearly I didn’t train hard enough.

Before we get started with our regular programming, don’t forget to enter my spectacular holiday giveaway! Two winners will each win a basket filled with $250 of Portland goodies like Red Duck Ketchup and Honey Mama’s bars and gift certificate to my favorites like Tea Bar and Pip’s! Check out this post on how to enter if you haven’t already! You have until Monday, 12/7! 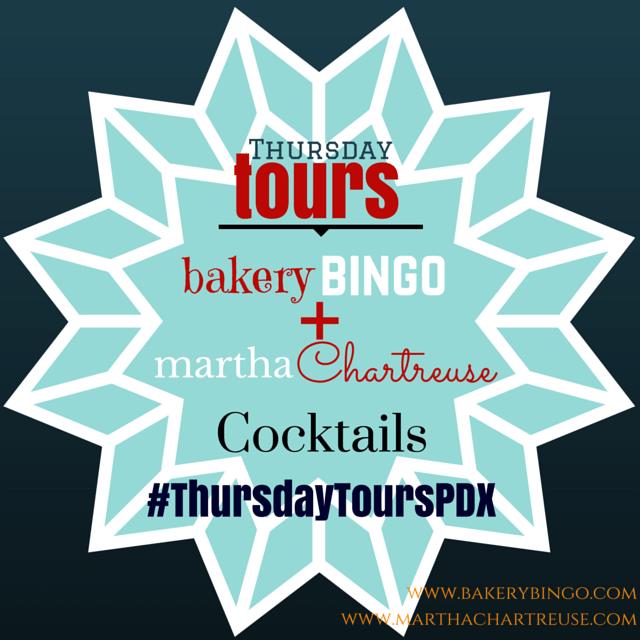 Now I don’t know about you, but something about the chilly weather and dark evenings makes me really crave a cocktail inside a funky or romantic space. With that in mind, Meredith and I thought a Cocktail edition of #ThursdayToursPDX was a must. Obviously, the ladies from Happy Hour Honeys were my first pick for this series. Katie and Kelly co-write one of the fun blogs out there since their focus is on drinks. Genius idea I say. I’m also a big fan of their “Sweat and Sip” series where they review a particular gym like BurnCycle or Portland Rock Gym and then where to indulge after your hard workout. That is certainly how I like to work out, so I support this wholeheartedly!

Enjoy their recommendations – I think they are spot on, I love the Box Social and now that I’ve finally gotten over to the exclusive MWL, I get the hype. After giving this a read, head over to Martha Chartreuse for favorites from the awesome Alex Frane of the online paper Drink Portland! Plus Meredith also has a killer giveaway, so you don’t want to miss that either!

Now is it 5 o’clock yet or does the sunsetting at 3pm mean we can start on cocktails earlier?

There’s no way you could put together a list about the best places to get cocktail in Portland and not include Clyde Common. Jeffery Morgenthaler, Clyde Common’s bar manager, is recognized as a god among bartenders and there’s a good reason for that. Jeffery is known for his barrel-aged and bottled cocktails, so it’s always fun to try those- but if you’re visiting Clyde Common in December you absolutely must order the egg nog. It’s made with tequila and sherry and even if that sounds terrible to you, trust us, it is the opposite of terrible. 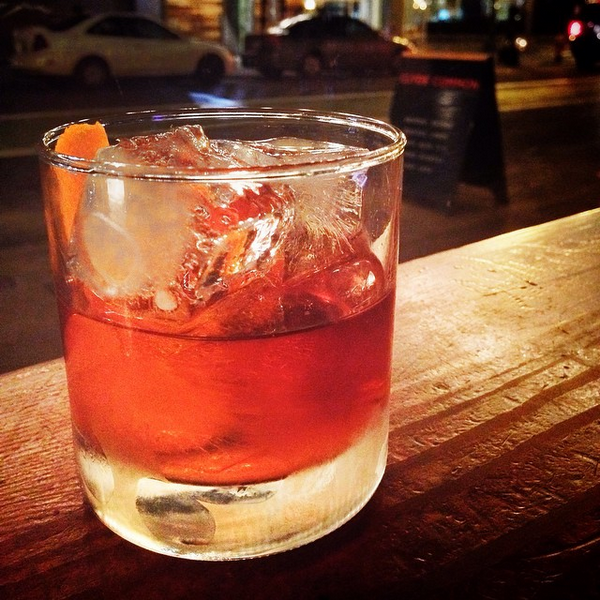 Even in laidback Portland, the cocktail scene can sometimes seem a bit pretentious. But there’s none of that happening at Hale Pele. There, a crew of awesome mostly lady bartenders serves up super strong, super fun tiki drinks while fake thunder claps in the background. Aside from the kitschy décor and the great cocktails, one of our favorite things about Hale Pele is the menu. Each drink has info about where and when it was first created, a witty little description, and its “volcanic” rating. Our favorite drink here is the Missionary’s Downfall which is basically the tiki version of blended mojito. Delicious! 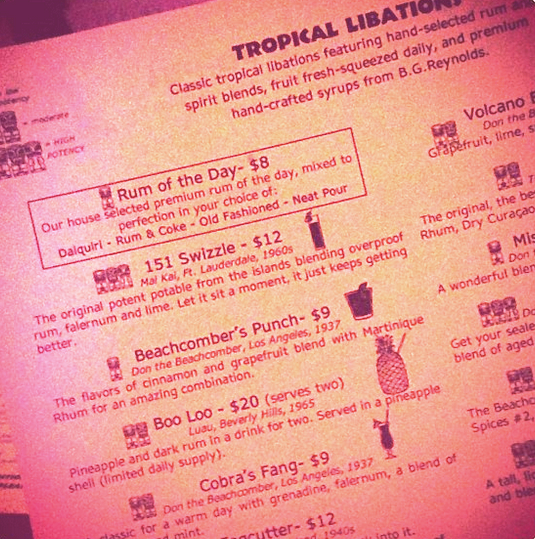 While there are a number of spots in town that serve cocktails rivaling Multnomah Whiskey Library’s, we have yet to come across a bar that takes the full guest experience as seriously as MLW. While it’s a pain to get in (our tip: show up right when they open at 4pm on Saturdays), once your table is available, it’s clear that your visit has been designed to be as enjoyable as possible. The host offers to take your coat as she leads you to your seat in the plush, airy dining room. There’s no pushing your way through the crowd to the bar or awkwardly bumping elbows with the guy behind you who’s waiting to take your seat.  The bar staff is attentive and knowledgeable whether your visit lasts for 45 minutes or 2 hours. MWL just makes you feel so special and fancy, and who doesn’t love that? 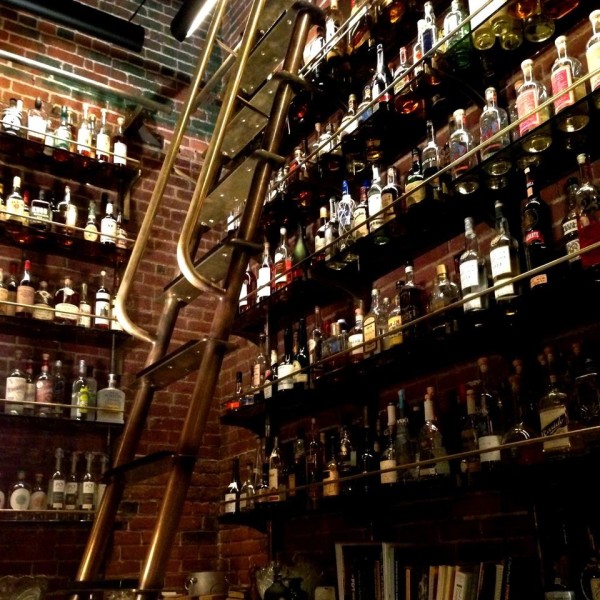 We might as well own it- we are those annoying customers always asking the bartender whip up something special, just for us. Luckily, that sort of behavior is encouraged at Expatriate. Order the Diplomatic Pouch and let your server know your favorite spirits, flavors, or cocktails. Guaranteed you will be served something delicious that you most likely haven’t tried before. And if you’re lucky enough to be served by co-owner Kyle Webster- take advantage! That guy really knows his stuff and is happy to share his knowledge. 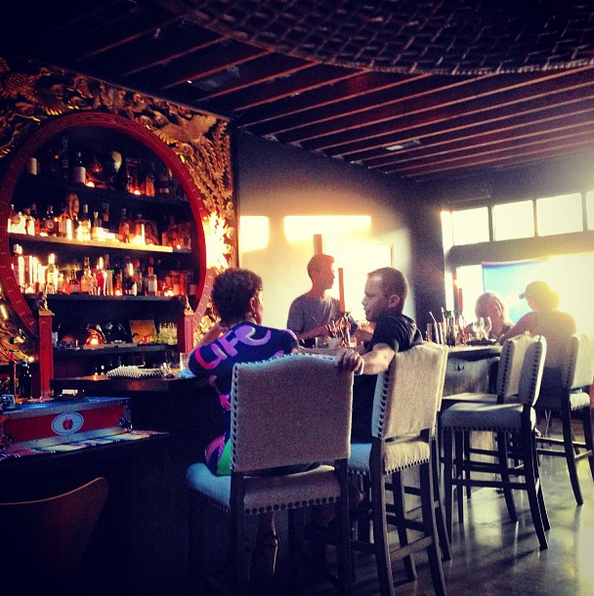 The Box Social calls itself a “drinking parlour” and we think that’s a pretty apt description. With its low lighting and sweeping velvet curtains, it’s a great place for a date. We also love that the extensive menu is divided by spirit (we turn right to the “gin” and “sparkling” sections). Our go-to drink here is the Ru Paul Sparkle Pony. Obviously, the name is awesome but the cocktail itself is super light and refreshing. Another crowd pleaser is always The Dude, The Box Social’s take on a White Russian. It’s made with a housemade coffee vanilla liqueur and definitely does not disappoint. 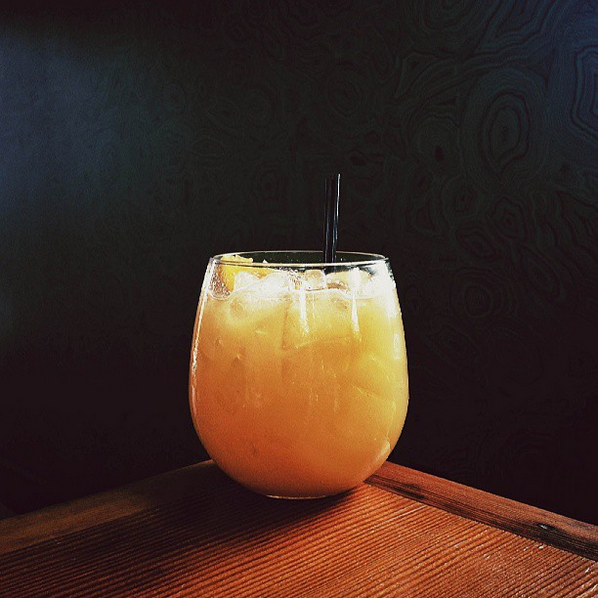 We love the cocktails and the look of Rum Club, which keep us coming back despite the bartenders’ tendency to look down their noses at anyone who isn’t part of the service industry. The daiquiri is the obvious choice here and always a satisfying one, but we’ve found the daily punch is also a reliably good call (which is not always the case at some local cocktail bars, ahem Kask). But, if you’re with a group that likes to have fun, you should all take a chance with the Surly Bartender: a bottle of Rainier and a bartender’s choice shot. Good luck! 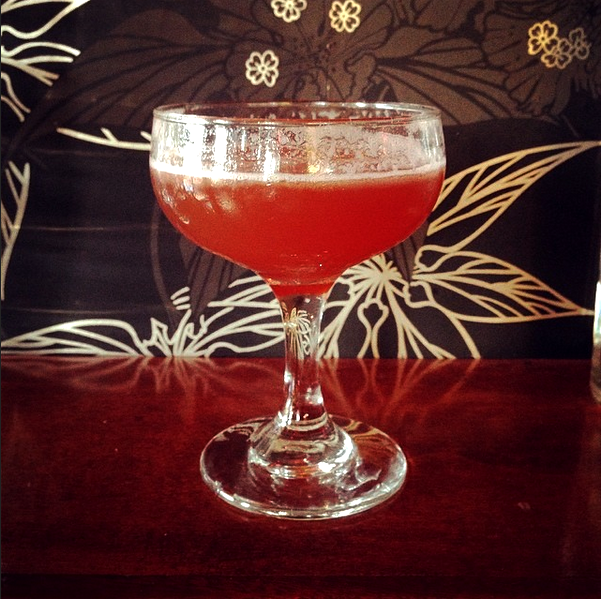 #ThursdayToursPDX is a collaborative series between Portland, OR bloggers {Erin} Bakery Bingo + {Meredith} Martha Chartreuse. In a city filled with amazing restaurants, artisan experiences, and fantastic tastemakers the inside scoop is a must. We will be asking our friends and fellow bloggers for their recommendations and tips for all the City of Roses has to offer.